As part of the Smart City topics for this year’s ARC forum, we had some insights on the state of drone inspection and delivery with a discussion of the regulatory framework that will enable significant growth in commercial and industrial drone missions and some examples of drone operations that are evolving for utility inspections. This session started out by noting most drone applications are operating under FAA Part 107 rules, and drones will soon need to include a “Remote ID”, a system by which a UAS can be identified by the FAA, law enforcement, or the general public through the information that the UAS continuously transmits, akin to an “electronic license plate.” In the ARC session, it was noted that many important drone operations are restricted to stay within line of sight, not to fly at night, not over people, or not in restricted spaces, and the FAA has been gradually issuing special FAA permits by using Section 333 exemption process (now the 44807 process). 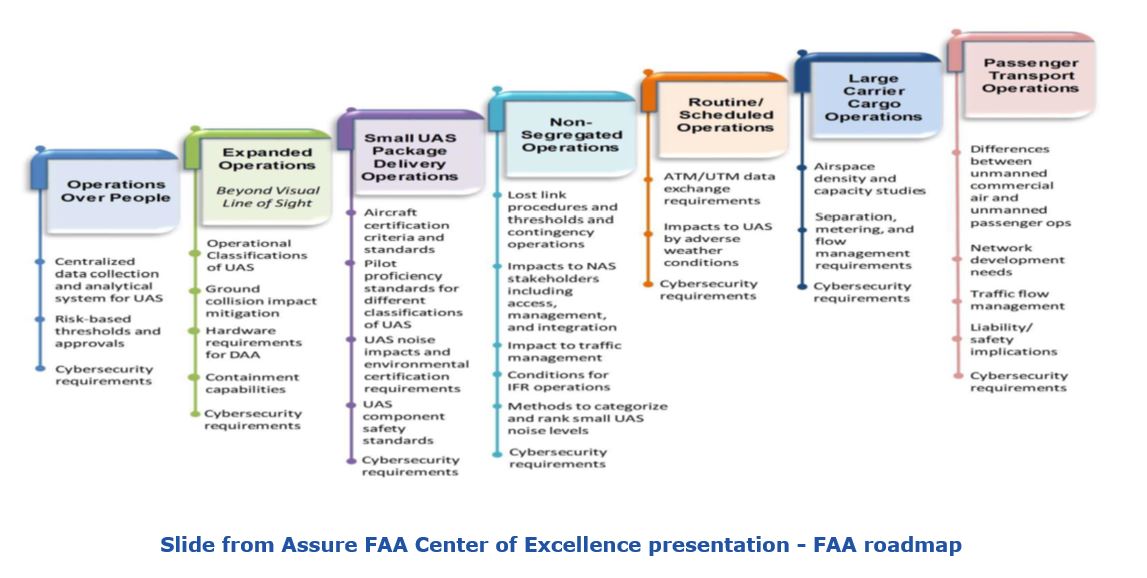 According to Lux, FAA is learning from other drone operations, such as those in Africa, S. Korea, Singapore, and Australia as research, and early drone application experiences in these locations will help to guide US policies.

Some of the research underway at FAA includes: 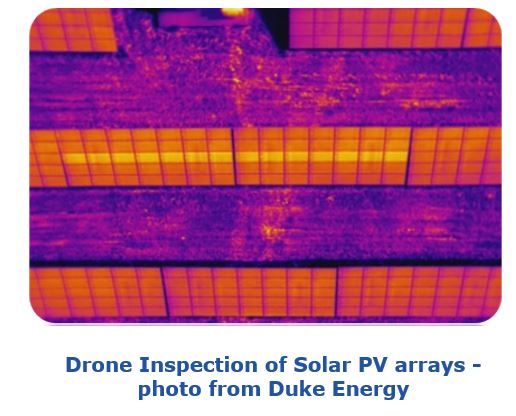 The Duke Energy image of a solar PV array, shown here, indicates hot spots on PV panels. When a PV panel is not converting sunlight to electricity it turns it into heat instead, so infrared inspection can quickly locate defective panels, bad components, or bad connections based on temperature.

Duke continues to use helicopters as the primary means of utility line inspection, but drones can be used for closer inspection of transmission towers and wind turbines to avoid linemen climbing towers. Duke has applied for, and has been granted, many BVLOS waivers from the FAA for line inspection following hurricanes. The FAA has shown it can approve waivers during emergencies and when missions like the delivery of life saving medications outweigh the risks of flying drones.

Duke has been involved in rebuilding transmission lines in Puerto Rico after hurricane Maria and in Florida after Hurricane Michael. 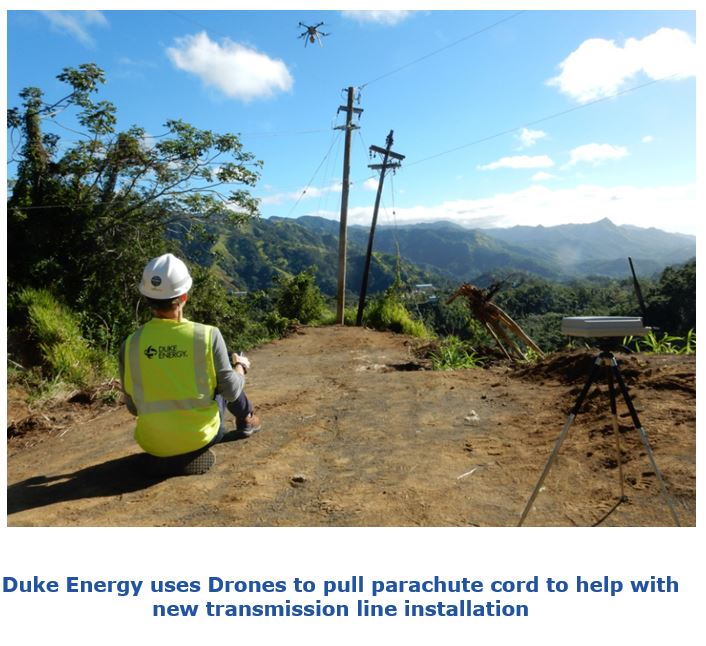 The resulting videos from this operation proved to be a social media hit and the content generated 1 million impressions and 300,000 interactions (likes, comments, shares, clicks, etc.). A Facebook video of the work is among the company’s most-viewed videos ever. Users visited an illumination story about the work 7,000 times. Bay News 9 (Tampa, Florida) published the video and linked to the illumination. Duke Customer Communications maintains links to the illumination stories - https://www.duke-energy.com/our-company/illumination.

This ARC forum session gave attendees some useful status and application examples that show how the drone industry is progressing and some of the work ahead to enable drones to do even more inspection and delivery tasks. Drone delivery in rural areas may occur sooner than you think. There is a lot of research and interest for air taxis operating in cities, and this will surely come as autonomy and regulations advance. Drone inspection has been around the longest and many inspection tasks are highly automated with impressive improvement in navigation, sensors, cameras, LIDAR, and robotics. For more information contact rrys@arcweb.com or look into ARC reports and publications on drones.