On Monday June 27 ExxonMobil (XOM) and the Open Group conducted an “Industry Day” meeting for end users of process automation systems at the ExxonMobil RD&E Campus near Houston. ExxonMobil deliberately organized this meeting exclusively for process industry end users in order to further expose and discuss its ongoing automation development program. XOM stated that the purpose of the event was to “discuss a proposal for a standards-based, open, secure, and interoperable process control architecture that will be delivered through a collaboration of end users, system integrators, suppliers, and a standards organization.” The meeting consisted of presentations by XOM and the Open Group. ExxonMobil provided background on the automation development program that the firm contracted to Lockheed Martin in January 2016 (see this ARC report for coverage of this program). ExxonMobil again repeated that it hoped to create an business ecosystem around these new products, and hoped for eventual uptake by many process manufacturers. They called for those end users who shared their automation vision to become involved in these activities when the opportunity arises, and it soon will. 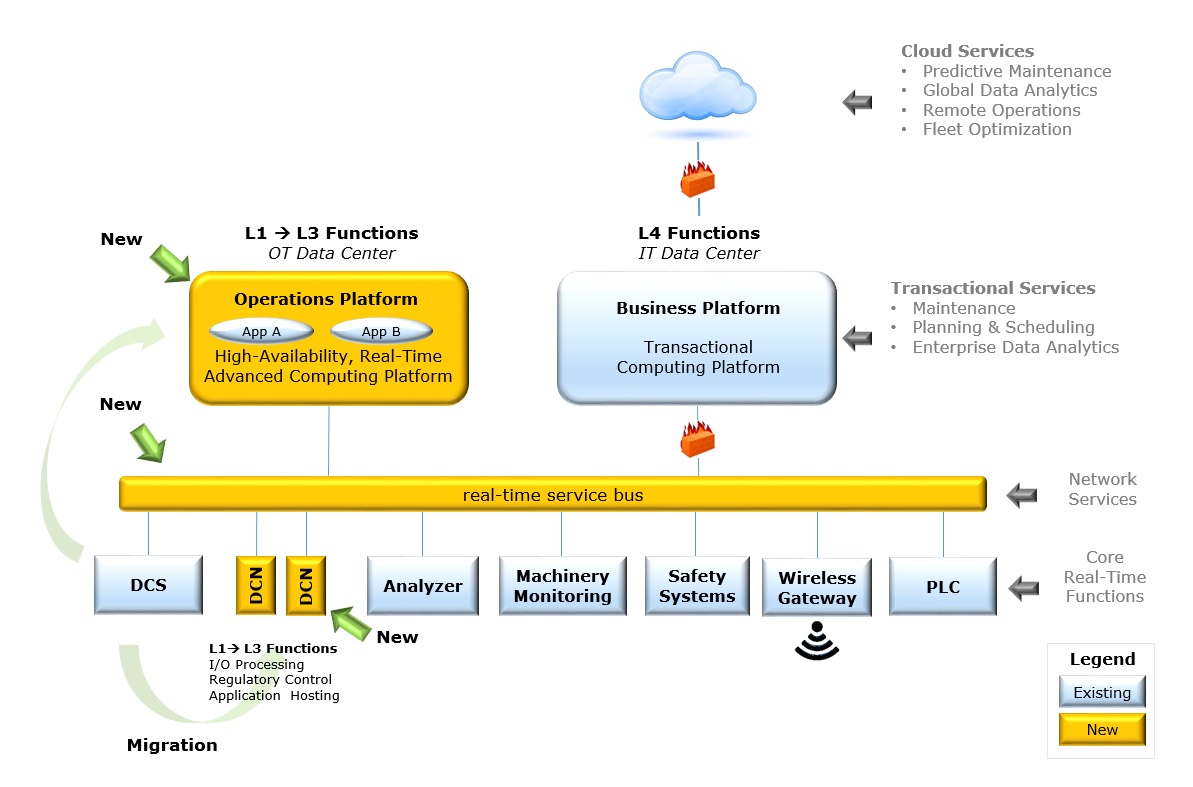 In addition to general background, the Open Group discussed its experience in managing the FACE Consortium (for interoperable avionics systems) and discussed how a similar initiative could be formed around the work going on in the ExxonMobil-Lockheed development program. One differentiating aspect of their methodology is to conduct both technical and business working groups in parallel, recognizing that an understanding of the business impact of new technology was key factor in driving wide participation as well as eventual adoption. The Open Group also emphasized that its experience in managing many similar development bodies equipped them with not only experience, but also a mature methodology, the necessary IT infrastructure, and mature work processes to manage such a program expeditiously. What’s Next? The Open Group presented a preliminary schedule covering the formation, launch, and operation of such a consortium. The plan is to fill a few leadership roles and begin recruiting early participants. The next public event will be a webinar open to the public taking place sometime in 3Q of 2016. Presenters emphasized the wide range of commitment levels open to consortium participants. Leadership roles would represent a major investment, but many lesser levels of commitment are also available. The full consortium membership would represent all classes of interested parties: end users, automation suppliers, software developers, and system integrators. The plan calls for the consortium to be fully formed and begin its technical operation in 1Q 2017. Today’s event was an outreach to end users to raise their awareness and, hopefully, create internal discussion and interest among key end end user firms, so that they plan some level of participation in such a consortium before its activities begin in earnest. The outreach to all classes of stakeholders will continue as such a consortium is formed. ARC’s Take This meeting occurred because ExxonMobil wanted to appeal to other process industry firms. Many firms have expressed similar visions and similar frustrations with state-of-the-art DCS technology and architecture. In presenting its plans, ExxonMobil hopes to move those firms that share its vision to make a more concrete commitment toward its realization. This begins the hard work of standardization. The unhappy history of standards development in the process industries stems partly from poor development processes, but also from an unwillingness of end users to commit scarce human expertise to a faulty process that results in an extremely long and costly effort to produce a work product of negligible business value (e.g. SP50, the Fieldbus Wars, IEC 61158). “This time it’s different” is something potential investors too often believe. However, there actually are some important differences here. The sponsoring organization is different. Their methodology is different. Their track record is different. Today’s collaboration tools are far better. But perhaps the most important difference is that there exists a major ongoing effort to create prototypes of this technology. So the consortium discussions and decisions will likely be sharply focused by this prototype work and not nearly as theoretical (and exasperating) as standards discussions can become. Finally, the fact of a prototype project means that very few areas should need to be defined ex nihilo. Rather, a set or sets of existing technology that is already rigorously defined can be incorporated by reference. In ARC’s opinion the key success factor will be achieving wide participation and commitment from both end users and also from other stakeholders, most especially those who are working now to fulfill the Lockheed Martin development contract. ARC believes that process industry firms should stay tuned to this effort.