Is the Hydrogen Engine the Future of Mobility?

Until now, hydrogen has been used in vehicles to power a fuel cell that generates electrical energy. To ensure a certain driving dynamic, the fuel cell charged a small battery pack. An electric motor was then driven by these batteries. In this application, the hydrogen/fuel cell combination was only indirectly used to power the vehicle, needing a battery as an intermediate buffer. Yet, using the combustion of hydrogen for vehicle powertrains is not fundamentally new. For example, BMW was looking into the use of hydrogen as an energy carrier back in 2006. However, work on this was discontinued.

Now, the Deutz engine factory has presented a hydrogen engine that does not require a fuel cell. The six-cylinder engine burns hydrogen directly. According to the company, the Deutz H2 engine meets the EU's CO2 limit for zero emissions. It is therefore on par with battery-electric vehicles. What is special about this hydrogen drive, however, is that it does not require a battery or fuel cell at all. The engine burns the hydrogen directly instead of using it to generate electricity for an electric motor. 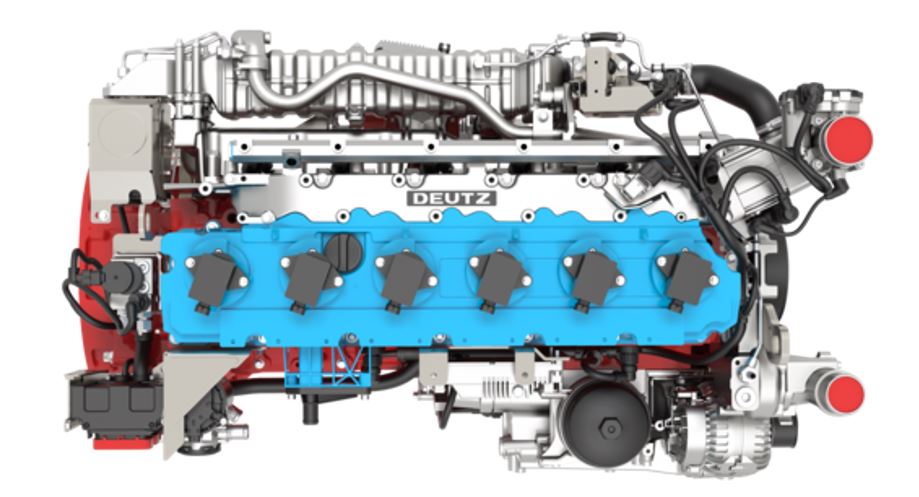 According to the manufacturer, the solution is intended for drives that are to be used off paved roads - for example, agricultural machinery, off-road vehicles, construction machinery and similar heavy equipment. Deutz plans to start series production of the engine in 2024, and the company has already successfully completed initial bench tests. The drive is based on an existing engine concept. According to the manufacturer, it runs very quietly and already delivers 200 kilowatts of power. Due to the lack of hydrogen infrastructure, the company estimates that the first applications will be in stationary equipment and generators as well as in rail transport.

Deutz and RheinEnergie are both Cologne-based companies whose origins date back to the 19th century.  Now they are joining forces to run a pilot project in which power is to be generated by a stationary hydrogen engine. RheinEnergie is a utility provider that has a clear commitment to the green energy transition. In its climate roadmap the company has formulated clear targets for the carbon-neutral generation of energy. Hydrogen will have an important role to play here, as a long-term replacement for fossil fuels, such as natural gas.

Beginning in 2022, the intention is to use a hydrogen engine to power a generator that will produce 170 kilovolt-ampere of electricity. The pilot project will be run at RheinEnergie’s cogeneration plant in Cologne-Niehl.

“We are looking to trial this first system there and to work with Deutz to study the stationary operation of this engine in combination with the generator,” says Dr. Dieter Steinkamp, CEO of RheinEnergie. “This compact system is ideal for use as a decentralized source of energy for climate-compatible buildings and urban quarters, and perhaps also for use in places that are not yet connected to the electricity grid or heating network.”

The first test cycle, lasting around six months, will be focused solely on generating power using the Deutz engine. This will be followed by a second phase, also lasting several months, in which the waste heat from the system will also be utilized (cogeneration).