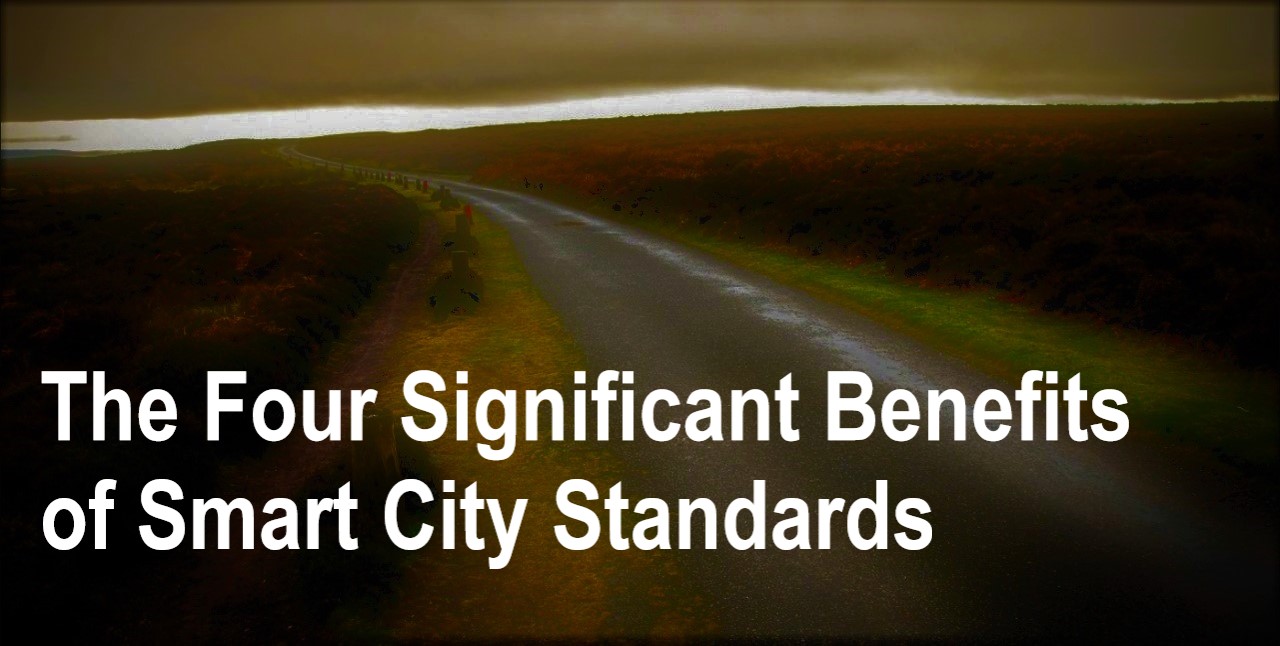 While taking the “road less traveled” may be rewarding in other aspects of business and life, doing so in the domain of your Smart City project will expose you to a plethora of negative unintended consequences. A far better suggestion is to take the standards and best practices route - a route traveled by many, many others.

While there are many benefits to the use of standards, some of most important include;

1. Future proofing - so you can avoid technological and business process obsolescence.

2. Product Commodification - which drives down costs and increases availability

3. Development of New Features are hastened - as manufacturers attempt to differentiate their offering beyond that of the standard, and

4. Virtually free access to the accumulated intelligence of an ecosystem of domain experts

Using standards and best practices allows the designer, installer, end user and maintenance organizations to adopt proven, tried and true methods for each step of a project – over the entire lifecycle – from project conception to project retirement and disposal.

Warning: Not all Standards are Created Equal 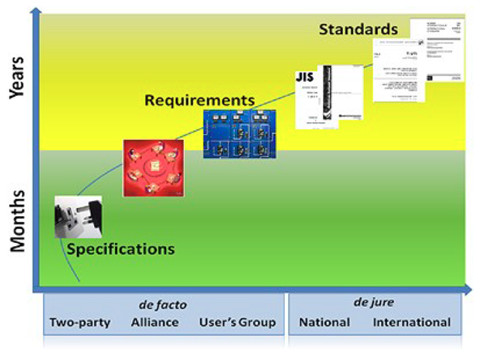 As pictured above, the standards continuum ranges from a single or two-party proprietary specification to a full international standard, in a time span that is measured in months to years. Further categorization can be applied regarding the de facto or de jure legal status. Specifications and requirements are defined by single or multiple persons, alliances or organizations. Often proprietary in nature, they are quickly developed to support interconnection and integration of various devices and systems, usually over a period of months.

Alliances, trade groups, and consortiums are groups that embrace a particular technology, and form a formal "interest group" to promote that view. The difference between an alliance and a formal standards group is in both the rules and the actual deliverable. Since any number and balance of interested parties can form an alliance, the rules under which they operate are very broad.

In contrast to alliances, Standards Development Organizations (SDOs) operate under similar rules and governance principles worldwide. In general terms, the members of the committees doing the actual development work are limited by anti-trust rules or laws from engaging in anti-competitive behavior such as market division, pricing discussions and the like. Also, intellectual property is treated as a potential source for standards language, and requires disclosure by the holder. A clear distinction from an alliance or users group is that strict control is maintained of the candidate voter pool for balloting to ensure a measure of fairness and balance. As an example, the American National Standards Institute (ANSI) has three categories: producer, user and general interest, and for balloting purposes no single category can exceed one half of eligible voters (for non-safety related standards).

Formal standards (and many specifications) may actually begin as de facto "standards;" with enough commonality among enough producers to call the product/approach/protocol a "standard." Beyond this, SDOs actually author de jure standards - those that are codified in a manner similar to laws. Given the careful attention to balloting balance, open rules and open participation, standards may even be adopted in place of laws in certain jurisdictions.

Standards meet the goal of creating a common basic understanding of a technology. Unless the scope of a standard includes interoperability tests or guidelines, a technology could only be stated to be in compliance with that standard. For confirmation of interoperability of the various system components, a comprehensive test plan should be developed.

In regards to Smart City efforts, as they begin to mature, standards and best practices are increasingly coming into reality. Some are being sourced from Standards Development Organizations in parallel industries in the Smart City ecosystem, like those from the Smart Grid and Intelligent Transportation Systems domains. Others like ANSI/IES Smart Cities update for Roadway Lighting Control Systems are being modified to support Smart Cities efforts. And some, like the IEEE-SA P2784: The Guide to the Technology and Planning Process to Build A Smart City are being built natively – from the ground up.

In short, standards future proof your projects - so you can avoid technological and business process obsolescence. They commoditize software and hardware solutions which drives down costs and increases availability. They speed the development of new feature as manufacturers attempt to differentiate their offering beyond that of the standard, and they allow virtually free access to the accumulated intelligence of an ecosystem of domain experts.