The term “Smart City” is a strange one – cities are adding sensors and connectivity all the time, but at what point exactly does one become smart? Maybe the term is a moving target. For now, let’s imagine the point, sometime in the future, where a critical mass of sensors, data, connectivity, and urban innovation is reached in a particular place.

Much would be different in such a place and, given that we are heading in that direction, a few aspects present themselves to me as worth thinking about at this time. Considering how much information will be collected on everything from foot traffic to sewage pipes, questions around data privacy and data governance are ones we need to be asking right now.

All this was on my mind as I learned more about Sidewalk Toronto (an offshoot of Alphabet, Google’s parent company) and its plans to build a smart neighborhood on 12 acres of underdeveloped land in Toronto’s Eastern Waterfront.

The development will be technology-dense (though much of it behind the scenes) and very much in the vanguard - providing a glimpse into what a future smart city may look like. 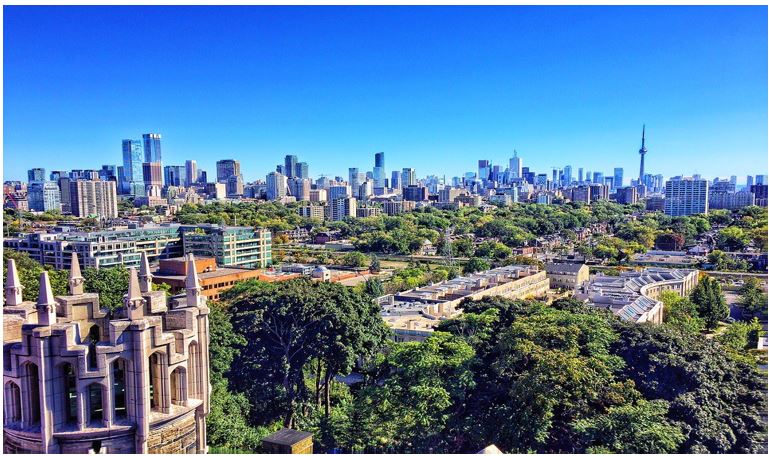 It also runs into some of the same issues. Upon consultation, Torontonians showed concern around privacy, surveillance, and monetization of their data without benefit to them. Sidewalk Toronto addressed these concerns with its draft proposal for digital governance (one that the company stresses is just a draft and open to community input).

The crux of the proposal is the creation of an independent Civic Data Trust which would represent the broader community and be charged with stewardship of urban data (which Sidewalk defines as data collected in an urban, public environment), overseeing its collection and its use. A company proposing to do either would need to file a responsible data impact assessment (RDIA), detailing project activities, goals, stakeholders, and risks. Uncontroversial proposals that include making data freely available to the public may enjoy automatic approval, while others will be examined by a review board. Private citizens installing sensors in their own residences would be exempt from the process, while those installed by landlords or builders would not.

By default, all urban data would be made publicly available, the idea being that such data is a public resource.

Upon confirmation, each project would be added to a central repository containing original RDIAs, a map of device locations, and easily accessible information on what data are being collected, by whom, for what purpose, and under what terms.

The Trust would oversee enforcement and could audit all uses and order removal of any sensors found to be breaking the rules or the original approved proposal.

The Trust could act as a repository for the data, much like the city of Barcelona does with its “data commons” or manage a set of standards and APIs that enable access by third parties to data held by collectors themselves, as is done in Estonia.

How Would Sidewalk Make Money?

Given that Google is the king of targeted advertising online, a major concern here is that a smart city created by Alphabet would be used to sell ads targeted with unprecedented precision. Sidewalk has vowed not to do that with their proposal, so how will they make money from this endeavor?

These plans have not been made clear and may not fully exist yet. It is likely that Sidewalk will offer data and analytics services to entities such as transit authorities and private business. The company will compete with other providers for this business, but it is likely to bring serious capabilities to the table.

Arguably a bigger opportunity is using Quayside as a test bed for all kind of Alphabet technology and the great publicity that building a livable, smart neighborhood drawing visitors from around the world will bring. By pioneering such a neighborhood (and even other areas of the Waterfront down the line), Sidewalk would propel the smart city movement further, creating future demand for many of Alphabet’s products and services in the smart city space.

Sidewalk Toronto has put forward this proposal as a touchstone for future conversation. It is a good first step. The creation of an independent institution to oversee data-related activities could help avoid some undesirable tech-dystopia while allowing citizens to benefit from what smart city technology can offer.

A few questions present themselves at this time regarding such a Trust. Who should staff this body? How and by whom should members be compensated? Who will be able to check the Trust’s activity against its charter (who governs the governors)? Could the model of a review board scale to service the RDIA filing volume of larger developments, even an entire city?

Fortunately, Sidewalk does not need to answer these questions right away and we will likely see more debate to come. The Quayside project is worth paying attention to – developments there are bound to influence the arc of smart city evolution.