Last week I was a keynote speaker at ARC’s 19th annual Tokyo Forum. My talk was entitled “Realizing the Digital Enterprise”, with a focus on the Open Process Automation Initiative of The Open Group and ExxonMobil. The Forum had record attendance of 250, and the day’s agenda was loaded.

I can’t cover the whole agenda in one short post, but here is what I found most interesting. Both Stratus and Wind River were among the Forum Sponsors, and these companies are delivering powerful products to the IoT edge today. Their products may be overkill for some applications, and they go far beyond even the expanded scope of IIoT gateways described in ARC’s most recent Market Outlook Report on them. What these companies are delivering is more like a “micro-cloud” – an on-premise appliance that can support critical functions as well as offer some big advantages to end users.

Specifically, Jason Andersen of Stratus talked about the characteristics of the IIoT edge environment and highlighted these:

While these characteristics describe many IIoT edge locations, they are also a good match to many in-plant automation applications that could benefit from the virtualization and remote support capabilities offered by Stratus products (and Wind River for that matter). It may be an exaggeration to say that plant automation staffs have “no local IT skills”, but it is fair to say that I’ve never seen a plant with a surplus of IT expertise in its automation staff. Their staff is focused on the mission-critical production automation rather than the IT. 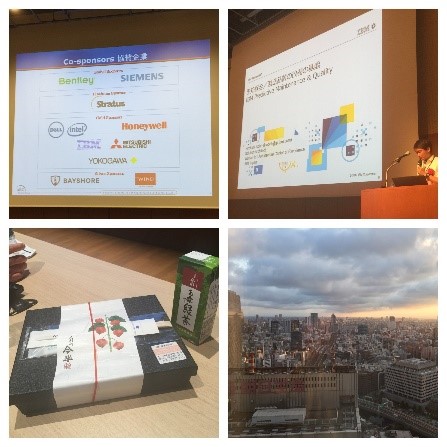 And Jason’s talk about how this type of equipment was being used in different plants brought home to me that the “ExxonMobil vision” of a future process automation system (which I spoke about) does not require development of new or revolutionary equipment. The stuff of that future is available now, and the limiting factor is our legacy automation software.

Finally, with all the talk today of Smart Cities we should be hearing more about Tokyo, whose mass transportation infrastructure (that is both public and privately held) serves a metropolitan population of 38 million and is a marvel to behold and (usually) a delight to use. One thing that strikes me about it is that its success owes a great deal to the consensus-oriented culture here, which raises the expectations of citizens’ behavior toward public assets. That’s not technology, yet it seems (to me) a very important ingredient for success.