At the Siemens Digital Industries Software Media and Analyst Conference 2019, held in Brooklyn, New York, Sept 4th-6th, Alastair Orchard, VP Digital Enterprise at Siemens, presented a prototype demonstrating how flow control in an Industrie 4.0 factory could work.  The concept of the Industrie 4.0 factory, as described in “Implementation Strategy Industrie 4.0” by the Industrie 4.0 platform in 2016, is a factory with autonomous production units or modules, that organize and optimize themselves, based on production orders to execute.  Such an approach would create the flexibility and reactivity to production orders and market fluctuations, that enable producing smaller batches or mass customization affordably, improving the competitiveness of the industry.  Industrial manufacturing demonstrators applying such an approach were lacking until now.

In the prototype shown, a manufacturing line of several production units is placed around an “endless”, closed conveyer belt.  The production modules are conventional with traditional automation and cannot “converse” with each other.  Associating a digital twin with every module, opens up the possibility for them to interact in the virtual world.

In the example shown, a product, corresponding to an active production order and represented by its bill of process (BoP), together with equipment digital twins, containing their capability information, can determine which equipment it would need to be produced.  This is called the “capability matching service”.  Next, a scheduling service determines which operation takes place when on which equipment, reduces bottlenecks and optimizes flow.  An execution engine takes care of executing the production schedule.  Something similar can be done for intra-logistics.  Transport robots take care of the transport of the materials and the finished products from and to on-site storage.  This process can be virtualized and optimized using digital twins, scheduled and executed using a logistics dispatcher, the equivalent to the production execution engine.  The prototype showed how products and robots move through the plant over time and can itself be considered a digital twin of the plant.

In the prototype, the scheduling, execution, dispatching and communication microservices from the Siemens Opcenter Execution software (formerly SIMATIC IT) were executed on edge devices, which could also be the gateways connecting the equipment to the cloud.  This way, the parts critical for real-time Manufacturing Execution Management, as it is called in the ISA-95 standard, remain at the edge, while the rest of the MES/MOM components can reside in the cloud.

The prototype does not only show how Industrie 4.0 could be implemented using conventional equipment, but it also provides a path of gradual upgrades to Industrie 4.0-native equipment, when such equipment becomes available for purchase.  That type of physical equipment will have so-called Asset Administration Shell (AAS), which can be seen as a virtual docking station.  This will enable identification, publication of capabilities, and probably more, to the plant intranet or the internet, enabling the same types of “conversations” described above.  In a transition period, Industrie-4.0-native equipment could be mixed with conventional equipment, with fully Industrie-4.0-compatible operation.

With this demonstrator, Siemens invested significant effort to empathize with clients, anticipate their needs and find future-proof solutions to implement Industrie 4.0.  ARC is convinced that the idea of having conversations among digital twins to plan and execute real processes enables manufacturers to implement Industrie 4.0 with existing equipment.  The investment required to build digital twins for production modules has been reduced significantly over the past years and will result in reasonable payback periods for many plants.  We expect the possibility to upgrade plant gradually will also be very well received by manufacturers.

Where to Execute Capability Matching?

One question remains: is it absolutely necessary to have real-time conversations on capability matching with equipment, or would a definition of the capability of the available equipment in the MES/MOM be sufficient?  The ISA-95 Technical Report (TR95.01, in preparation) defines the master data template for the exchange of static information to share among MES applications.  The equipment capabilities could be defined and shared using such a template without having to repeat the information for each product order.  Given the last production schedule, the orders in progress and the production response, the scheduler could make an accurate estimate for an optimal schedule for the next time window.  This mode of operation would be more similar to how current MES/MOM applications function and reduce plant information traffic.  The AAS would inform the master data template, provide plug-and-produce-type integration of the equipment in the automation landscape, and provide communication on orders to execute and production responses to the MES/MOM.  Some more prototyping may show which approach is more efficient. 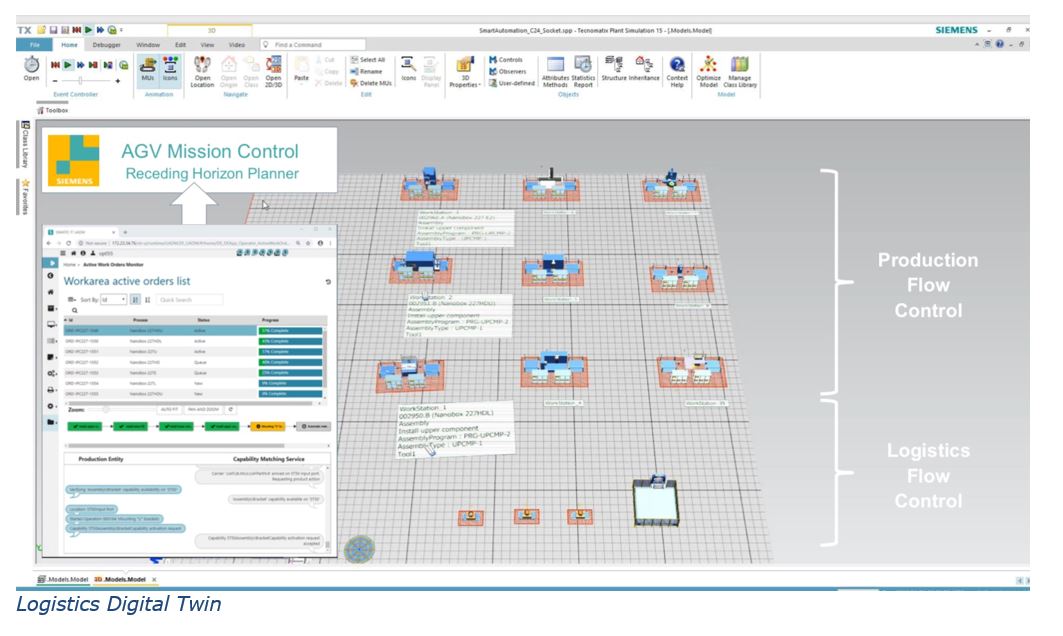 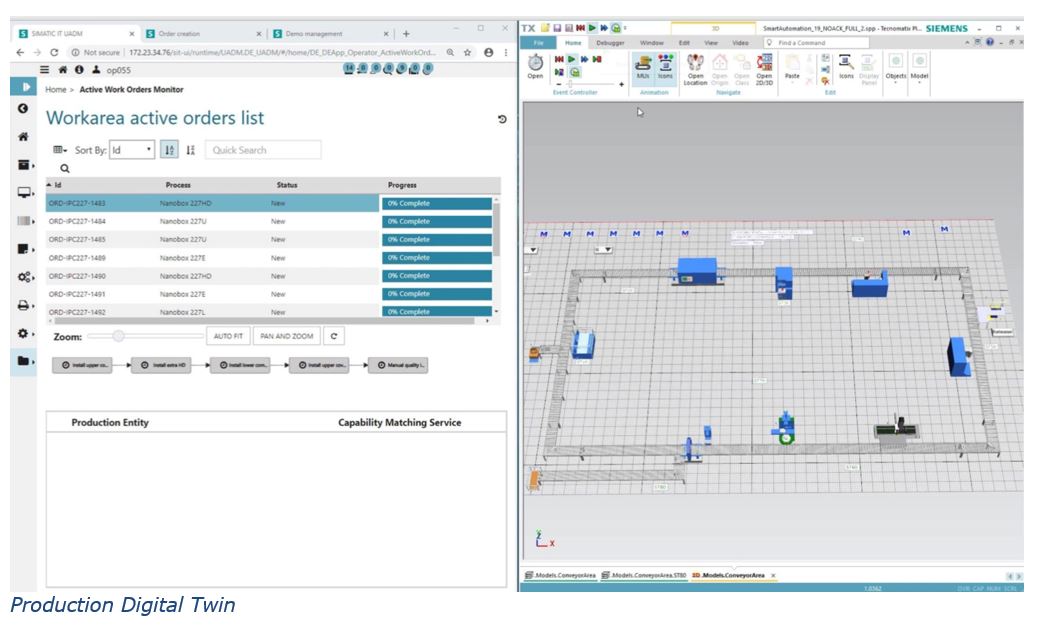 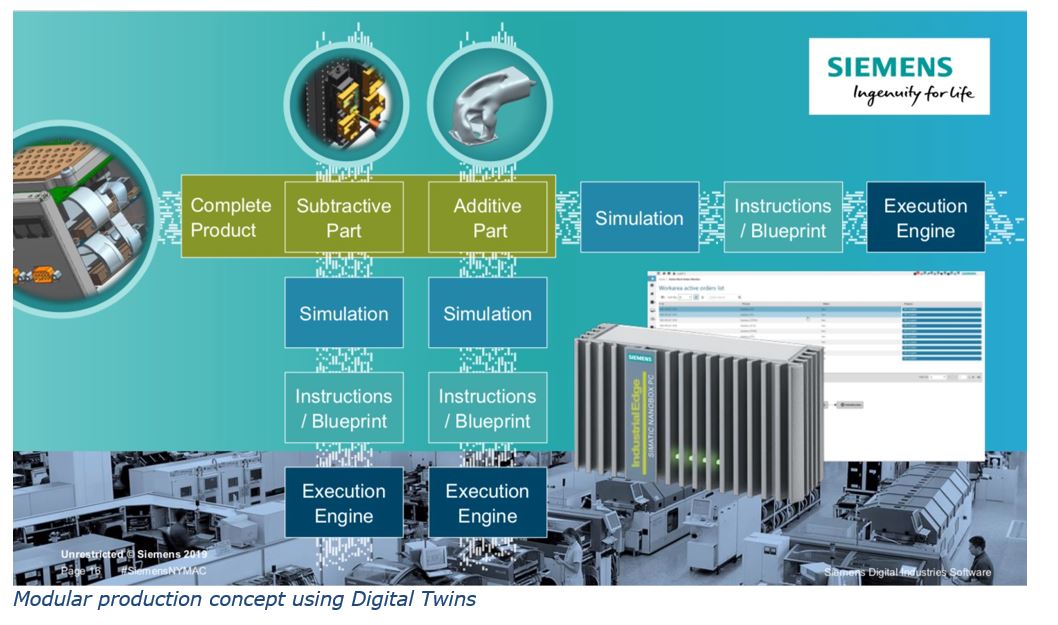