Australia’s BHP Group and Woodside Petroleum have signed a binding share sale agreement (SSA) for the merger of BHP’s oil and gas portfolio with Woodside, under which Woodside will acquire the entire share capital of BHP Petroleum in 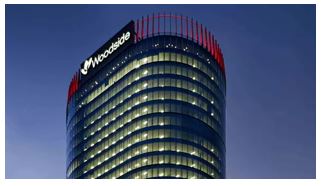 The two Australian companies signed a merger commitment deed in the summer, initiating the merger process. The merger is valued at around $29 billion.

Woodside said that, on completion, the merger will create a global top 10 independent energy company by production and the largest energy company listed on the ASX. The combined company will have a high-margin oil portfolio, long-life LNG assets, and financial resilience to help supply the energy needed for global growth and development over the energy transition.

On completion of the merger, Woodside will issue new shares expected to comprise approximately 48 percent of all Woodside shares (on a post-issue basis) as consideration for the acquisition of BHP Petroleum. The merger ratio is based on the number of Woodside shares at the effective date.

Completion is targeted for the second quarter of 2022. Before completion, Woodside and BHP will carry on their respective businesses in the normal course and will put in place appropriate plans to enable a smooth transition of ownership. The effective date of the merger will be July 1, 2021.

Woodside and BHP do have termination rights and BHP has a right to terminate upon certain changes to Woodside’s credit rating. Each party has agreed that, if the merger does not complete, its only recourse is a reimbursement fee of $160 million payable in certain circumstances, including if Woodside’s board changes, withdraws, or qualifies its recommendation that shareholders vote in favor of the merger.

Before the merger is completed it must satisfy several conditions by June 30, 2022. These include approvals by certain regulatory and competition authorities, approval by Woodside shareholders at a general meeting, independent experts appointed by Woodside issuing a report concluding that the merger is in the best interests of Woodside shareholders, registration statements declared effective by the U.S. SEC, and similar customary conditions.

If a condition precedent has not been satisfied or waived by June 30, 2022, or an agreed later date, either party may terminate the SSA.