In this Strategy report, ARC Advisory Group includes the most recent results for major automation suppliers financials that are publicly reported. To convert the revenues of non-US suppliers to US dollars, we average exchange rates for foreign currencies used for the entire fourth quarter of 2020. The euro appreciated by 1.9 percent relative to the dollar from Q4 2019, while the yen strengthened by 2.3 percent over the same period.

With this latest automation supply side-market update, ARC has increased the number and breadth of automation suppliers covered, based on a combination of publicly reported data and ARC’s own extensive research database. We’ve also added selected business intelligence visualizations. Readers should contact their ARC client managers if they’d like to gain additional access to this market intelligence as it applies to both regional and sector-specific supply side automation market trends. 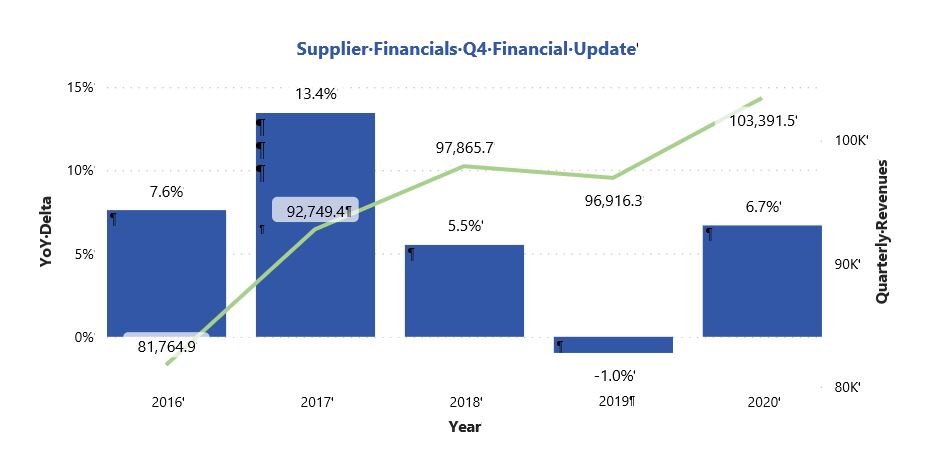