Electrification of Mobile Mining Equipment Can be Cheaper than Diesel

Over the last years, an increasing number of mining companies have committed to ambitious CO2 targets.  This is a good thing due to environmental reasons, but as publicly listed companies they need to justify their investments.  So, this raises a question:  Why? How can electrification of mobile mining equipment be cheaper than using a good old diesel engine?

First, there are a couple of reasons, which root in a broader context:

Second, there are direct economic reasons for going electric:

What can be done?

So, while there are many reasons to actually go electric, there are a number of challenges associated with it.  First and foremost, you need to have the power on site.  This needs to be reliable, and if aiming for lower greenhouse gas emissions, it also needs to be sourced from renewable energy sources.  While co-generation is popular, especially in areas with an unreliable electricity grid and a high number of outage hours per year, co-generation typically involves gas turbines, as they can be started quickly and are reliable.  While many mines can also generate electricity from renewable sources, this is often not enough to cover peak demand and remains an add-on in many cases.

As electric vehicles need charging, the charging needs to be scheduled to avoid peaks in power demand, which is typically quite stable in an industry focusing on 24/7 availability.  Selected OEMs of mining equipment have introduced battery swapping systems.  Under any circumstances, a well-designed micro-grid (see here Siemens and Juwi) and energy management software needs to manage the supply and demand of electric power. 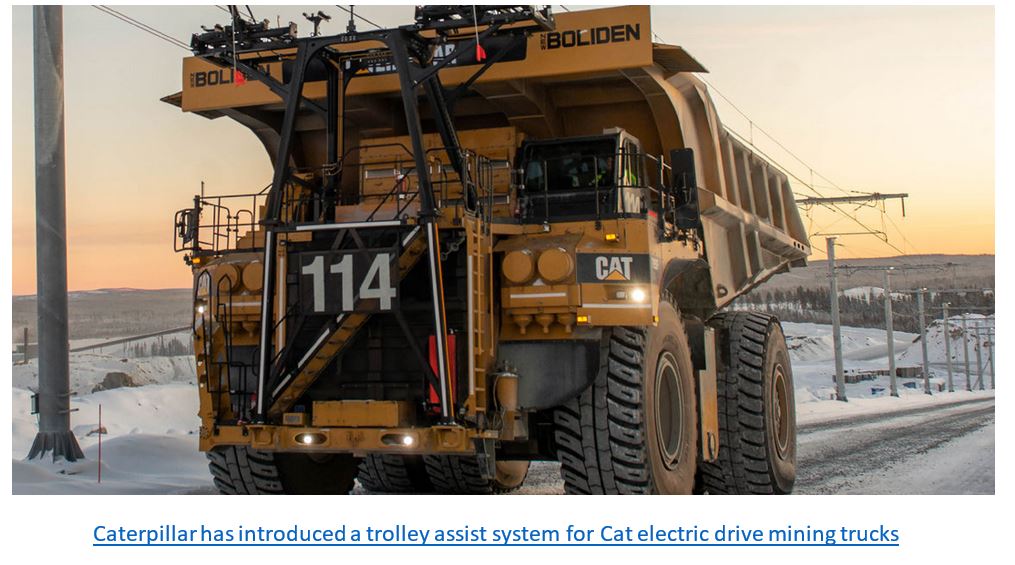 While trolleys are certainly the best solution for surface transportation, in underground mining, battery electric vehicles are the more practicable solution.  The prices for lithium ion batteries has dropped significantly (see chart) from around 1200$/kWh to around 180$/kWh and is expected to drop further to less than 100 $/kWh in the next years.  This makes it increasingly possible to power heavy mining equipment with it.  Fortescue is working on a battery-electric/fuel cell prototype for a 240t haul truck and Kirkland works with a battery-powered Sandvik LH518B.

Another hot topic is Hydrogen.  In March 2020, four companies - BHP, Fortescue, Anglo American and Hatch – formed the Green Hydrogen Consortium  to accelerate renewable energy-powered hydrogen production and its application to the resources sector and other heavy industries.  While the initiative is new, there are already applications in use.  Since 2015, Glencore's Raglan mine in Canada has run on a micro-grid powered by an arctic-rated wind turbine generator connected to a hydrogen energy storage unit.  In 2019, Anglo American announced the development of the world’s largest hydrogen-powered mine haul truck (290t).  Others are using hydrogen fuel cells for forklifts. 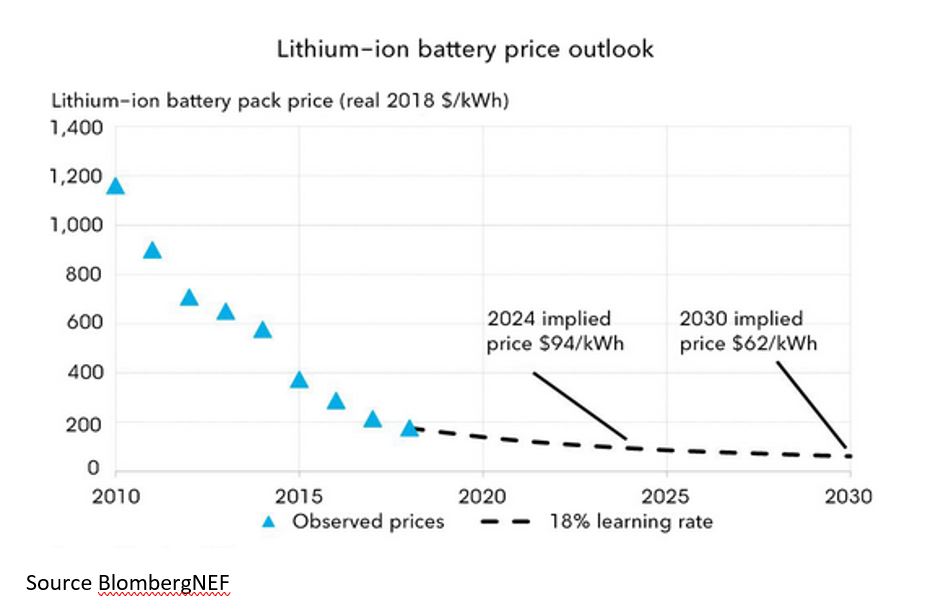