The Distributed Control Systems Market Research Study delivers current market analysis plus a five year market and technology forecast. The study is available in multiple editions including worldwide, all regions, and most major countries.

Distributed Control System (DCS) suppliers are defining a new generation of products in which industrial control systems will be virtualized and “software-defined” to a much greater degree than today. In parallel, the largely end user-driven Open Process Automation Forum (OPAF), an effort initiated by ExxonMobil in 2016, seeks to define “a standards-based, open, secure, and interoperable process control architecture that applies across multiple process industries.” The functions of any DCS in today’s plants could be replaced by these new systems, which consist of both servers and small automation edge devices. ExxonMobil sees its existing ICS applications moving gradually from the installed DCS to these small devices or to on-premise, high- availability servers that can virtualize them. 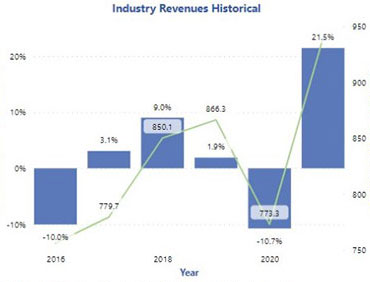 Take Advantage of the Benefits Offered through Virtualization

End users should consider adopting the new breed of I/O. Leading automation suppliers have developed new I/O that is either characterizable, configurable, or a combination of the two. Characterizable I/O includes hardware modules that plug into a rack and can represent analog input, analog output, digital input, digital output, etc. The type of module plugged into the rack determines the type of signal. Modules can be plugged anywhere in the rack and are location independent. Configurable I/O solutions take a similar approach in terms of point independence and flexibility, but the I/O points are configured through software rather than hardware modules. Some vendor solutions offer a combination of characterizable and configurable I/O. Vendors also offer software tools to support the commissioning and integration of smart I/O cabinets without a complete DCS.

The benefits of characterizable and configurable I/O go beyond simply reduced hardware, footprint, and wiring. They allow end users to separate the hardware-related and software-related aspects of the system. With fully adaptable and standard I/O and control hardware, end users can theoretically design and test all the software aspects of the system before it is deployed to the target system hardware. This allows the software to be deployed into the hardware infrastructure at the very late stages of the project. Often referred to as 'late binding', this can compress capital project schedules, reduce risks, and shorten the time-to-production.

As end user organizations downsized, many lost expertise from their in-house process automation groups. The aging workforce and retirements have also contributed to lost expertise. In many cases, users have supplanted this expertise cost-effectively using the services of knowledgeable DCS supplier personnel with expertise in engineering, maintaining, and optimizing the DCS.

One point that can become an impasse between end users and suppliers is the typical end user preference to have access to specific individuals or teams to provide aftermarket service. While end users are certainly more comfortable working with familiar service personnel, suppliers need the flexibility to allocate scarce expertise where it is most needed. The time to negotiate how service personnel are to be assigned is while a service contract is being negotiated.

Except for very large and sophisticated multinational corporations, end users should consider turning to suppliers to design and commission Ethernet networks with ultra-high availability and uninterrupted network service through multiple failure modes. Providing the necessary degree of isolation between DCS and corporate network functions to ensure safety and security, while at the same time allowing appropriate information from the DCS to flow to enterprise networks, requires the knowledgeable use of servers and other network infrastructure such as routers, switches, and firewalls.

Profiles of the major suppliers servicing this market are included.

For more information or to purchase the Distributed Control Systems Market Research study, please contact us.