Mitsubishi Electric announced that it has developed what is believed to be the world's first diagnostic technology based on the company's proprietary Maisart artificial intelligence (AI) technology.  This technology uses machine learning to analyze sensor data to generate a model of a production machine's transition between various operational states.  The model allows the technology to detect machine abnormalities rapidly and accurately for improved productivity in factories and plants. 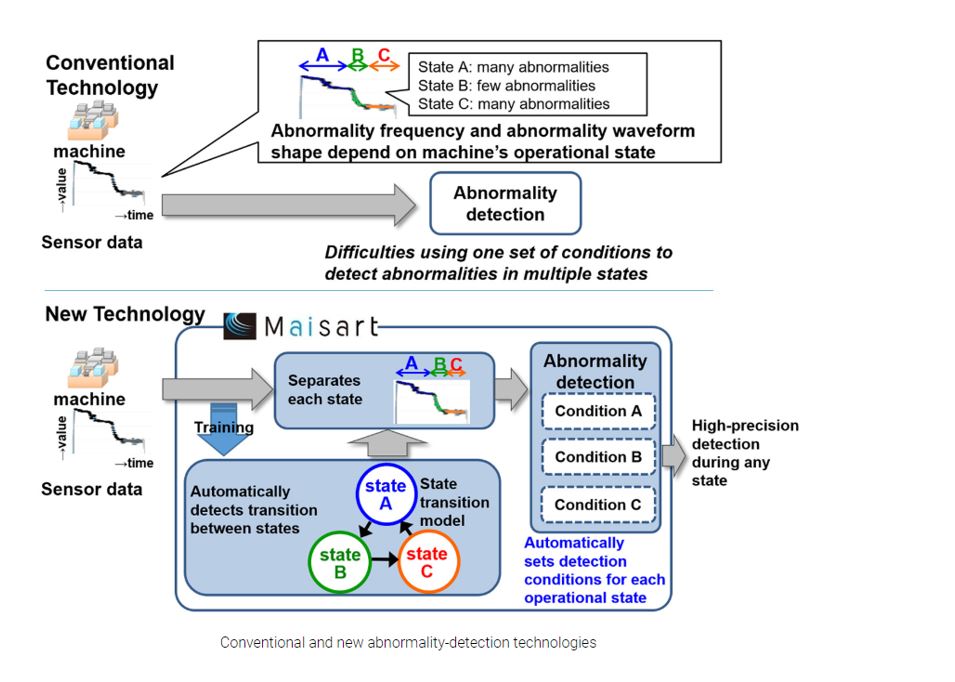 I believe that a diagnostic technology based on AI helps manufacturers to detect machinery failures accurately prior to actual breakdowns and this approach reduces tasks and costs associated with maintenance and production downtime.