Beckhoff to Supply BMW with IPCs and Control Panels 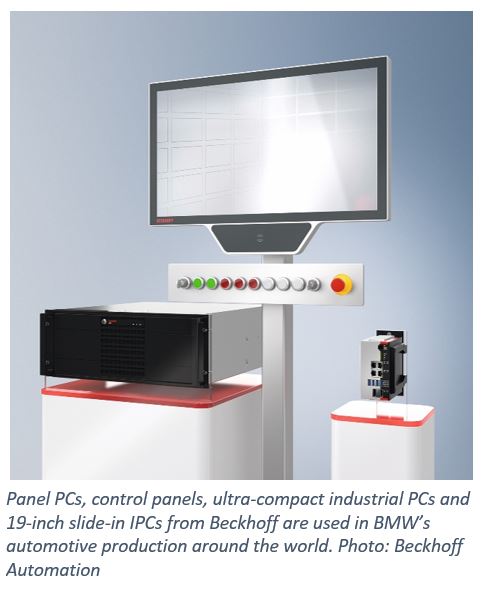 According to Beckhoff, standard products will be used some of which will be adapted for an optimum retrofit of existing systems, as well as a customer-specific push-button extension.

Is it surprising that BMW chose Beckhoff? Yes and no.  Yes, to the extent that several competitors, even large ones, applied for this contract.  No, if you know or consider that Beckhoff IPCs have been used in BMW plants for quite some time.  In Regensburg, for example, Beckhoff's control panels are used in robot systems for seam sealing and underbody protection.  BMW also uses Beckhoff products at its Leipzig plant to visualize and operate the paint shop.