Electrification is one of the most significant trends in transport today.  Lower maintenance costs, more efficient operation, and zero tailpipe emissions among many other benefits have led to an accelerating adoption of electric vehicles (EVs) for road transport needs.  Now, companies are finding that EVs can bring operational benefits in heavier-duty use cases in the construction, agriculture, and mining industries.  In this post, I will be discussing the adoption of electric mining vehicles (EMVs) for underground operation. 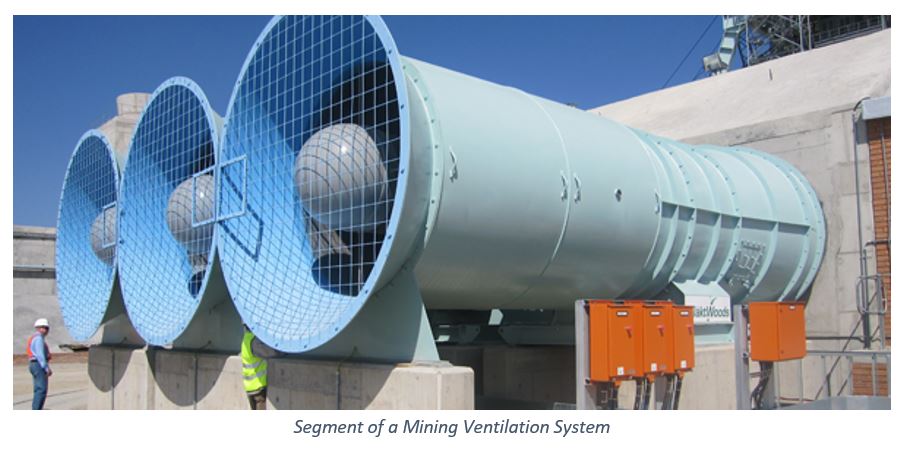 Diesel engines are the standard for mining equipment, meaning underground operators are exposed to vibration, noise, heat, and harmful pollutants from the exhaust of their vehicles.  To maintain acceptable levels of air quality, companies install massive ventilation systems comprising about 30 to 40% of their total energy operating costs.  Beyond raising opex, those huge shafts and fans are expensive to purchase and install. As miners dig ever deeper, they encounter more heat in addition to that generated by diesel engines, which needs to be expelled in a costly heat exchange process as well.

Miners tend to fight uphill battles in terms of environmental PR and face pressure from NGOs and activist investors. They will also struggle replacing an aging workforce.  Though ventilation systems make mines survivable, chronic exposure to even the reduced level of air pollutants is known to be dangerous.  The younger workers increasingly needed may not be excited to join an industry they see as polluting, harmful to their health, and rife with legacy technologies.

Electric Mining Vehicles to the Rescue?

Without the heat, noise, vibration, and noxious air that diesel brings, an electric underground fleet would provide a far more comfortable and safer environment for equipment operators.  This would help with talent retention, as well as making it easier to attract new employees as the workforce ages.  Members of younger generations are far more likely to work for a cleaner operation where they get to learn new future-oriented technologies instead of antiquated, fume-belching kit.  This would also go a long way in helping a miner’s PR efforts. 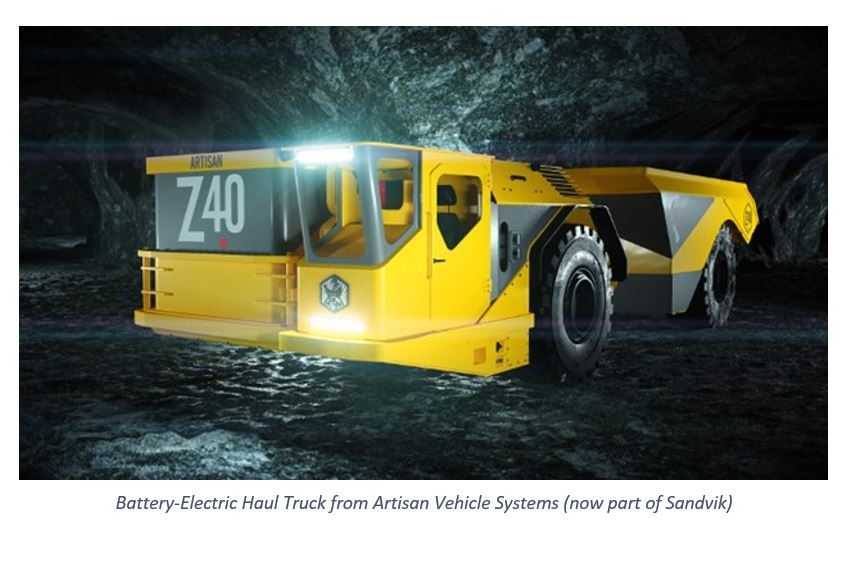 OEMs, including Epiroc, Volvo, and Artisan Vehicle Systems (now Sandvik), are all introducing electrified lines. Though EMVs tend to cost significantly more than their diesel counterparts, this higher capex may be more than recuperated by the operating (as well as the soft) advantages mentioned earlier.  That being said, a higher upfront expenditure can be difficult to overcome in a procurement process.

A similar dilemma exists in the world of municipal transit.  Electric buses can dramatically reduce fuel and maintenance costs for operators, but cost hundreds of thousands of dollars more than diesel vehicles.  To work around this and raise adoption rates, manufacturers are offering financing options, such as the ability to lease the lithium-ion battery (a major portion of the cost) and pay for it out of ongoing operating cost savings. The same financing option may be expedient for EMVs, which is why Epiroc is offering a battery-leasing program for their vehicles, allowing miners to pay for the battery out of their cost savings as projects move forward.

There are a few options for charging EMVs.  A powerful DC fast charger working at 350 kW could charge a 300 kWh battery in just under an hour.  To avoid the down time, Artisan has developed a battery swap technology, allowing for a vehicle to drive into the charging bay and pull away with a full battery in 8 minutes.  Use of an on-board lift allows maneuvering the battery without the need for a crane.  Since the batteries themselves are so expensive, OEMs are experimenting with connecting EMVs directly to a local grid, either by towing cables or installing overhead trolley systems.

Some mines are near enough to the electric grid to connect to it, while others are remote and generate their electricity on site.  Increasingly, miners are turning to renewable generation to save money, boost their green credentials, and retain independence from utilities; introducing additional synergies with EMVs.

However they choose to do it, miners are going to find that electrified equipment will increasingly be superior to diesel for particular operating and political conditions, making this an exciting space to watch going forward.