What does the future hold for production technology?  This question is the focus of EMO 2019 in Hanover, 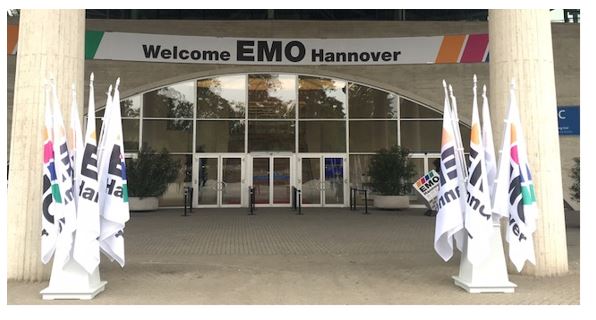 Germany, this week.  Under the motto "Smart technologies driving tomorrow's production", the world's leading trade fair for metal production technology is trying to cover the entire spectrum of modern metalworking technology.  We from ARC are there and will share our most important "insights" with you in several blogs.

Visitors from all over the world and all relevant industrial sectors are present: mechanical and plant engineering, the automotive industry and its suppliers, aerospace technology, precision mechanics and optics, shipbuilding, medical technology, tool and mold making, steel and lightweight construction and much more.

Uncertainty but no panic

This year's fair is accompanied by worries about recession and an uncertain economic situation - but there is still no reason to panic like in 2009.  In the press conferences and many personal discussions with the machine manufacturers, system integrators as well as automation suppliers, a main topic was the weakening economy and the political threats.

After years of good growth, the industry is facing some setbacks this year.  German machine tool builders, for example, saw 20 percent fewer orders in the first half of 2019, said the chairman of the Association of German Machine Tool Builders (VDW).  The statements made at the press conference of CECIMO, the Association of European Machine Tool Manufacturers, were no different.  The Brexit, the Iran conflict, the Russia-Ukraine conflict, and last but not least the trade conflicts between China and the USA, the most important export markets of the German and European machine manufacturers, were named as the main causes.  Although both associations do not expect a "pronounced recession", the export-oriented European industries in particular are suffering from declining world trade and stagnating global industrial activity.  In our opinion, the sharp decline in investment activity by automobile manufacturers and suppliers also plays an important role.  The automotive industry is currently investing heavily in digitization but is reluctant to invest in new production machinery for a variety of reasons.  In view of these economic and political difficulties, the entire industry is hoping that EMO will stimulate new investments.

Since 2017 umati - the universal machine tool interface – is a recognized name in the machine tool industry.  What began as a vague idea, has now become more tangible.  Via the umati standard interface, based on the OPC UA standard, 70 companies from ten countries networked 110 machines and 28 value-added 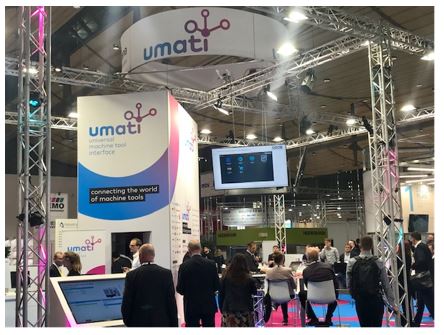 services at EMO Hannover 2019.  According to the VDW, a lot of work and effort must nevertheless be invested into achieving a first official and deployable version of the standard.  Without a question, the standard is gaining more and more recognition internationally.  Three consortia from important machine tool manufacturing countries have already joined: Prodnet in Switzerland, Edgecross in Japan, and NC-Link in China.  In addition, the machine tool associations from China, Great Britain, Italy, the Netherlands, Austria, Switzerland, Spain, and Taiwan as well as the European machine tool association Cecimo support the project.

Even though 2019 is a difficult year for the industry, the EMO shows that digitization movement is alive and kicking.  In our next EMO blog, we will continue with further digitization topics, additive manufacturing, and other exciting items.