Open Process Automation is an initiative to create a new generation of automation systems with a distinctly different architecture than the Distributed Control Systems (DCS) and Programmable Logic Controllers (PLCs) that are used today for process automation. Because automation applications require ultra-high availability and real-time performance, process automation systems have always been highly proprietary. This is especially true at the controller and process I/O level, and this makes the systems very difficult to update or replace for a number of reasons.  Advocates of Open Process Automation hope their work will eventually result in systems that are far easier to maintain, easier to update, and allow process manufacturers to focus more on improving their manufacturing processes and less on supporting the systems that automate them.  Earlier this year, OPA Forum released the preliminary version of the open process automation standard (O-PAS) v. 1.0. O-PAS.  It meets the minimum standard and specification requirements for federated process automation systems, using an open and interoperable reference architecture.  The focus of O-PAS v. 1.0 is on interoperability, and, to test that out, the group recently conducted a “plugfest,” inviting member companies to weed out the weak spots and then build out the spec some more based on what they had learned. 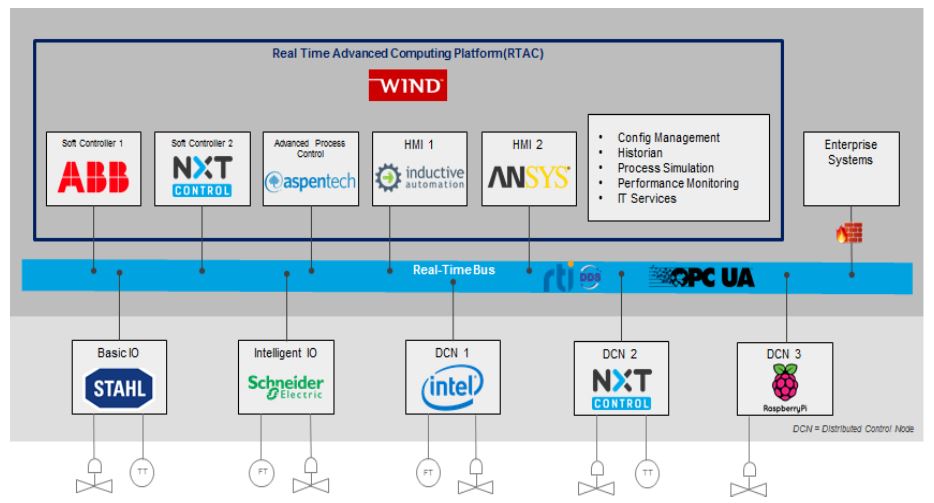 Before any of this, however, ExxonMobil had been conducting its own proof-of-concept.  In the recent ARC's India Forum 2019, Bradley G Houk, Senior Engineering Advisor, ExxonMobil showcased their journey through OPA and discussed the current industry scenario for open process automation.  Bradley quoted “the industry is more interested in interoperability because integration is expensive.”

For the proof-of-concept, ExxonMobil worked with Lockheed Martin to develop a base design and established a systems integration laboratory that included 10 suppliers (ABB, ANSYS, AspenTech, Inductive Automation, Intel, nxtControls, R Stahl, RTI, Schneider Electric and WindRiver) to provide subsystems, hardware, and software components that are integrated. 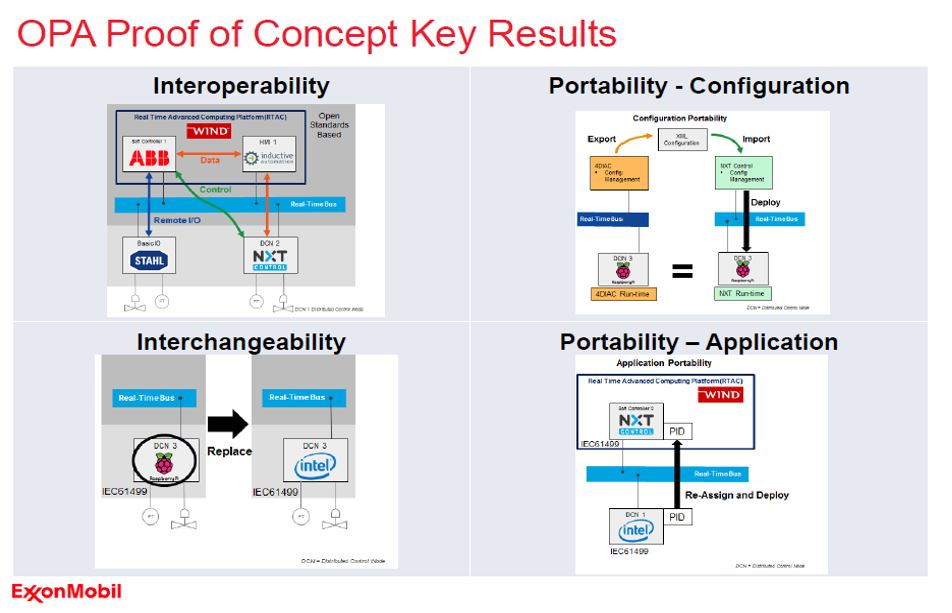 The next-step would be the OPA prototype development and deployment bringing OPA capabilities from proof of concept to commercial deployment:

ExxonMobil announced it selected Yokogawa Electric Corporation to be the Open Process Automation (OPA) system integrator responsible for establishing the company’s OPA Test Bed. Development work and experiments conducted will support ExxonMobil’s effort to move towards a standards-based, open, secure and interoperable process control architecture, using the test bed to evaluate candidate components and standards and provide the basis for moving OPA technology into initial industrial field trials.  Yokogawa offers main automation and information contractor (MAIC) services that deliver a full scope of project execution capabilities enabling the company to assume responsibility for all automation-related aspects of a project. For this specific test bed project, Yokogawa’s development office will be located near ExxonMobil’s Houston Campus in Spring, Texas, and is expected to be operational later this year.  According to ExxonMobil, the test bed will leverage the existing OPA development work and technological expertise of Yokogawa’s US Technology Center. And, ExxonMobil intends to share the results of systems tests with other collaboration partners and OPAF. ExxonMobil will also encourage its collaboration partners to utilize the test bed to evaluate additional components that will be used in their independent field trials.

ARC welcomes the opportunity to speak with technology suppliers and users alike about your activities, thoughts, perspectives and questions on this exciting area.  For further discussion or to provide feedback on this, please contact the author Jyoti Prakash at jprakash@arcweb.com .