Electric Vehicle Supply Equipment (EVSE) is being implemented at an unprecedented rate along with the acceleration of EV charging, and now with government incentives spurring installations that rapid growth continues its acceleration. In the latest Smart City Podcast, the ARC Advisory Group team discusses, in detail, answers to a variety of critical questions, including what residential customers can expect from utilities, including integration with the utility of the home charger. 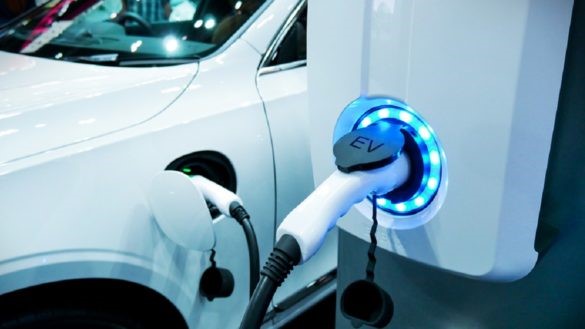 Here are some excerpts from the podcast:

On making the most out of underutilized power generation capacity:

Power generation capacity is underutilized, for example, at night. People turn the lights off and turn their appliances off and go to bed. And so there's a tremendous economic benefit which utilities can share with the residential customers of electric vehicles in in using off-peak power. You know, the ratio on the worst days of the year can be cost-wise to utility tend to 18 to one. You know, the on the hottest summer day or the coldest Winter day. Depending on when the utility has peak demand and has to use all of its electric capacity and purchase additional power to meet that demand and on the typical run of the mill operational day of the year, there's easily a 2 to one ratio or 2 1/2 to one ratio between that peak demand versus off-peak. So charging your electric vehicle as a residential customer at a lower rate is a savings to you because your utility is sharing those savings.

Our utilities, at least in our area here of New England are petrified of electric vehicles. What they see is all of these big loads coming home from work between 5:00 and 6:00 PM and plugging in right, and they're plugging in at a time where there's peak loads and there are peak load events for capacity and transmission as well. So they see these electric vehicles as a threat. They're still kind of in the early phases of dealing with that threat. Our local utility has a program that will give you a $600 electric vehicle charger with the provision that you must connect it to a Wi-Fi connector and have a service company externally regulate that charging - and they would reduce the charging rate during those days that we are likely to have a peak load. This is primarily to change costs, not so much on time of use rates as it is for peak load, for capacity and transmission charges.

Intuitively I like to think of how these electric vehicles can also act as storage in some scenarios where you could serve your house during an outage, but if you had 10s of thousands of electric vehicles? Charging in New York State, on a dynamic grid that had full advance meeting infrastructure in place and all the other stuff in place, those two nuclear plants that caused the blackout for New York could have instead, powered down slowly and during that 15 minute half hour transition charged up a bunch of electric vehicles that just happen to be connected someplace in New York. You know, we take 10s of thousands of those vehicles to be there available at that moment, but that could have prevented the whole state from having an outage. So it's an odd example, but it works both ways, sometimes absorbing power on the part of an electric vehicle can make the grid more stable if that makes sense.

Listen in to the entire podcast right here:

If you've enjoyed this blog post,  if you have questions, comments or a request for the author, please send a note directly to them by using this form.