And Now for Something Completely Different: How Are Skis Made?

Despite, or perhaps because of, the absence of a decent winter in southern Germany, I recently asked myself: How are skis made?  I love skiing.  I own two pair, and honestly, I would like to have more, but there is limited space in the basement.  Yet, I did not know that much about the production processes and the market structure.  Being an analyst, I followed my instinct and did some research. 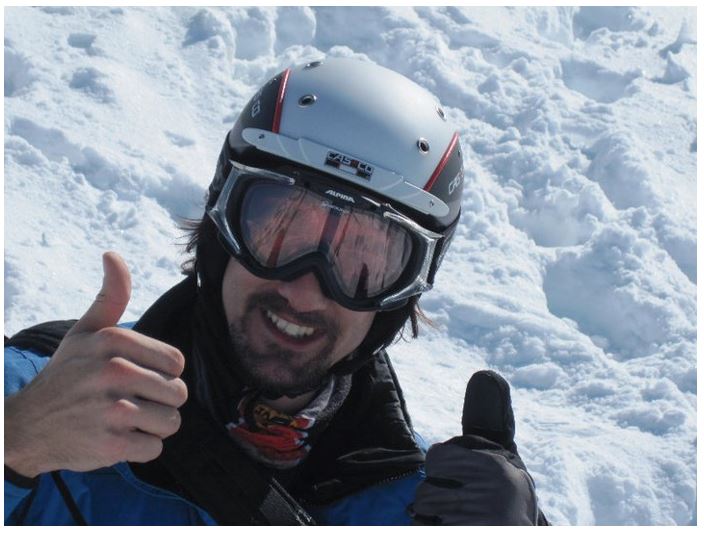 Depending on who you consult, somewhere between 3 and 3.5 million pair of skis are sold every year at an average wholesale price of around $300 to $350 and up to a factor 3 higher on retail level.  The number of ski bindings is about the same, while the number of ski boots is around 10% higher, as there are people who have their own boots and then rent the skis.  The market, under pressure as more people rent skis, has dropped around 50% over the last 20 years according to the ski manufacturer Head.

While there are multiple brands on the market, these often belong to the same consortia and some skis are only differentiated by their design and are in fact identical.  Völkl, a Bavarian brand, has changed owner multiple times over the last years.  Völkl was owned by the US company Newell, who also owned K2, Marker, and Dalbello, and now they belong to the private equity company Kohlberg & Company.  But there is even more: Tecnica, once among the best and most popular ski boot manufacturers, owns Nordica and Blizzard, thus some of the models are identical.  Amer owns Atomic, Salomon, Armada, Dynamic, and Volant.  The Rossignol Group owns Dynastar, Rossignol, Lange, among others.  While the big brands are rather consolidated, there are multiple boutique brands focusing on special niches, like freeride, race, etc. 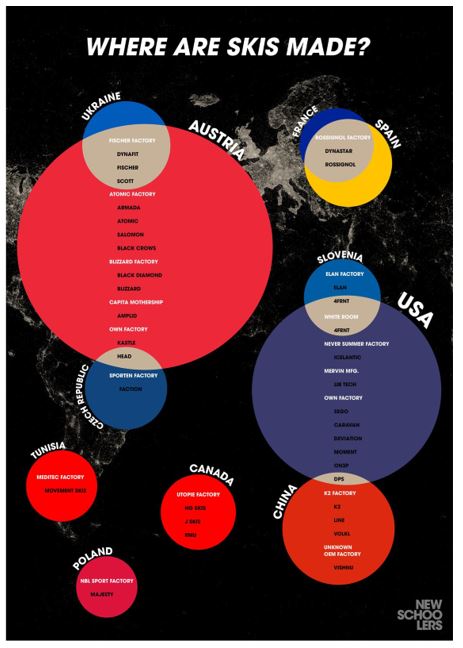 Who makes skis where?

While the number of skis produced per year is quite high, the production is still distributed to 20+ factories worldwide, owned by different brands and companies.  As a result, there is still a lot of manual work involved, especially loading and unloading the machines.

Modern skis construction can be classified into three different types:

→ torsion-box ski construction, the layers wrap around the core.

→ single-shell construction, polyurethane foam is sometimes injected into the ski shell, which I will ignore, as this is only used for entry level skis, and I do have my principles.

The best ski material is still wood, and that is used as the core material for basically all higher quality skis; only cheaper ones do not use wood.  Wood sorts found in skis include maple, ash and pine.  Other materials include, epoxy, fiberglass, steel/metal for the edges, and often one or two layers of something like the aluminum alloy titanal for rigidity.

The wooden core is often a laminate, which has already been shaped in a CNC machine, so the wooden core has the correct inner tension and shape.  Wood is still preferred for all high-end skis, as it has the ability to “recover” overnight, and it is longer lasting with better performance than any other material.  Skis actually perform “worse” in the afternoon than in the morning.

Typically, all layers are assembled and then send to a press that forms the ski shape and gives it its internal tension.  After around 20 minutes in the press, including heating and cooling, the ski is ready to go.  The pressing process is followed by grinding, where the edges, as well as other surfaces, are optimized.  Packaging typically includes shrink wrapping as well as putting a serial number on the ski.

The machine tools used are typically especially designed for the ski industry to serve the purpose of the application, especially the geometric shape.

Another important step, especially for the surface design, includes printing, often by dye-sublimation.  Skiers be aware: you can save a lot of money by buying last year’s model, because the printing changes every year, while the shape and design does not.

For ski boots the machinery used includes machine tools for the buckles, injection molding for the shell, and a variety of machinery for the inner shoe, depending on the material used.  Some companies have recently started to used 3D printing for custom made ski boots, but currently it seems that the thermo forming process is still cheaper for custom boots.

A more diverse market is the one for automatic ski servicing machines.  Basically, those are found at all ski-region base stations, in all cities along winter sport area, and as well in larger sport shops with no mountain in sight.  Servicing skis and snowboards by hand is a task, demanding a lot of training, experience, and know-how.  Wrong waxing can ruin your ski day, the wrong edge angle makes you slide instead of carve or even ruin your skis.  These servicing machines can be very complex and include state of the art automation equipment, including material handling.  These machines are basically operated by one person overnight, so you can get your fresh skis at the start of the new day.

As you see there is a lot of automation going on in the process of ski manufacturing – but honestly, the skiing itself is the fun part.