ARC Advisory Group’s podcasts focused on Smart Cities have gained traction. In this episode, ARC’s Larry O'Brien Vice President of Research and a member of the Smart Cities team, interviews Sanjeet Pandit, Global Head of Smart Cities at Qualcomm Technologies. Their conversation covered a wide range of topics from smart city technologies, platforms, applications, 5G, and addressing the pandemic-related challenges. “Our whole concept at ARC is to talk about technology as an enabler,” began Larry and asked Sanjeet to talk about Qualcomm’s areas of interest and business.

Qualcomm’s technologies transform how the world connects, computes, and communicates. Under the IoT business unit, there are two divisions: Smart cities and smart, connected spaces. Smart cities: After cities come up with a request for proposal (RFP), Qualcomm collaborates with the cities, governments, agencies, and municipalities to deploy digital technologies to ease and improve the quality of life of the citizens.

Smart connected spaces: Refers to what falls outside the jurisdiction of the city - smart airports, smart ports, smart warehousing, smart transportation, smart campus, building surveillance, building energy management systems, everything that requires digitization, sensor fusion, and such others.
This blog captures the salient points of their conversation. The entire podcast can be listened to here. 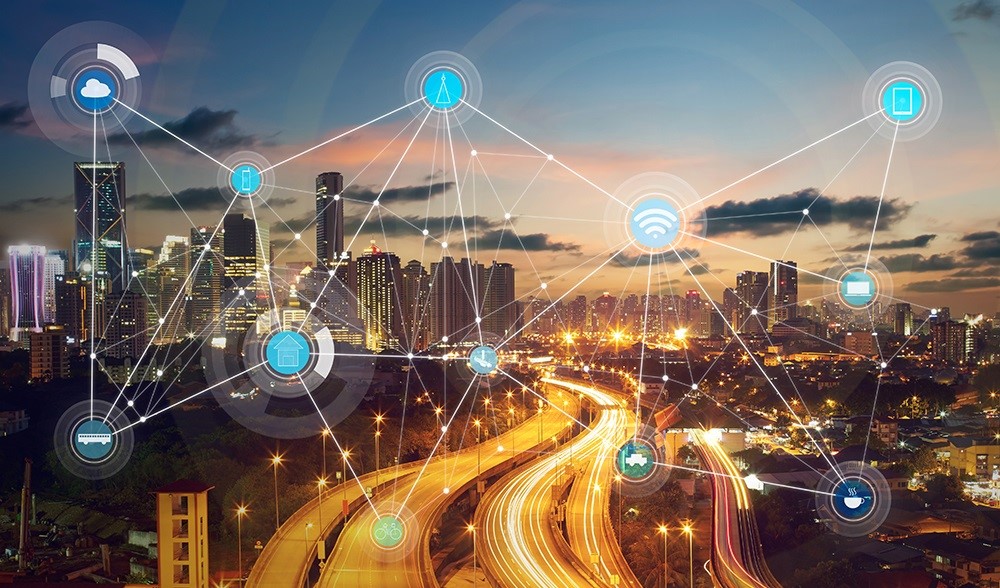 Pulse of the Industry

The pandemic has certainly impacted the overall smart city movement, but there’s a resurgence of investments in digital technologies to help overcome these challenges. Cities are reorganizing to break down the siloes of functionality that exist between various departments in cities and critical infrastructure. “What’s your take on the pulse of this industry?” asked Larry.

Sanjeet: This is a different time that we are living in; a time where technology adoption has taken off in multiple use cases. We are seeing a resurgence of cities adopting open technologies and striving to become more sustainable. They want to be prepared for future upheavals. Technology is now moving into spaces that people did not even imagine, such as contactless payments.

It's not about pushing technology, it is about technology being used to solve a problem, a particular use case, and its quantifiable benefits - increasing productivity and operational efficiency. Many companies have given up and exited the smart city space and this is where Qualcomm is moving in.

In this context, Sanjeet provided a few examples:

Qualcomm’s end-to-end solution with its ecosystem partners has been the differentiator. “We bring all the hardware components, all the software components, stitch the entire solution and offer it right out of the box, right out of the gate including the app, the usability, the logins, the analytics, the outcome, the dashboards, everything that can be plugged and played,” explained Sanjeet.

Use Cases for Specific Cities

The company is working in Vietnam, Mexico, and across cities in the US. Every city wants to bring the technology right into the hands of the end-user in the shortest and least path of resistance and that's where Qualcomm takes the complexity out of the equation. More cities are coming with RFPs to integrate multiple silos of functionality with a single methodology for managing all the data, and presenting this in a common environment, providing a holistic view.

Digital twins in a controlled space and environment are feasible and deployable. It has been effectively deployed in smaller countries like Singapore and Taiwan. Most of the digital twin implementations by the company are in terms of smart buildings and smart campuses with respect to HVAC power, building energy management systems, cameras, wayfinding, and such applications.

Qualcomm has created a digital twin of its campus -  it's a physical asset converted into a digital asset that can be navigated through a digital tour. Smart campus deployment can be done in two ways:

Sanjeet said that with the implementation of 5G, there will be a lot of low latency, high reliability, a first respondent, and time-sensitive use cases that will evolve. “Wait for another five years and with the combination of 5G and AI, it's going to change the way we are looking at smart cities in general.”

Have a planned and structured approach, and a technology provider who gives you end-to-end solutions advised Sanjeet. Qualcomm’s IoT services suite is primarily a complete offering of an end-to-end solution with minimal configuration. Ensure that the workflow is orchestrated for the desired outcome. “Bucketize it and then address it one bucket at a time.”