Siemens announced on Thursday that a solution had been found to the open management question. The long-time CEO Joe Kaeser will gradually hand over the management of the group to his deputy Dr. Roland Busch. Kaeser has informed the Supervisory Board that he is not seeking to extend his contract and will leave the company at the latest by the end of the next Annual General Meeting on February 3, 2021.

Busch is 55 years old and has been on the Siemens Executive Board since 2011. There he is responsible for day-to-day business, technology and corporate development. He had been appointed Kaeser's Vice President on October 1, 2019 and has been the successor ever since. 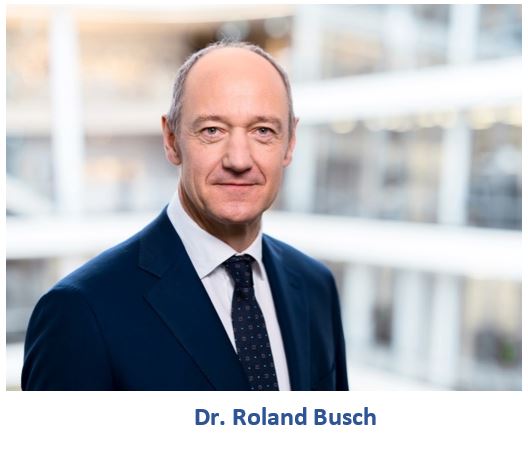 As of April 1, 2020, Busch and his new five-year contract will assume overall responsibility for digital industries, smart infrastructure and mobility, and thus for the core of the remaining group. "Roland Busch will already be responsible for budget planning for the 2021 financial year and its implementation and will assume all relevant areas of responsibility on the Board of Management from October 1, 2020," emphasized Siemens.

The personnel changes also affect the subsidiary Siemens Energy, that will enter the stock market as an independent unit in September. The departure of board member Michael Sen, who should have been the first CEO of Siemens Energy, and Klaus Patzak, who was destined to be the CFO, is a bigger surprise.

Kaeser is taking on responsibility for the energy business for the time being. From May 1, Christian Bruch from Linde will take over and lead Siemens Energy to the stock exchange as planned at the end of September. The supervisory board of Siemens has named Maria Ferraro as chief financial officer of Siemens Energy, effective from 1 May. Kaeser, on the other hand, is expected to become the head of the supervisory board.