While the naming conventions and associated acronyms for underwater remote operated vehicles (ROVs) and autonomous underwater vehicles (AUVs) can get a little confusing, it’s clear that these “underwater drones,” represent very cool and important technology!  That’s especially true if your job or business is to find, develop, operate, and/or maintain offshore and subsea oil and gas assets. 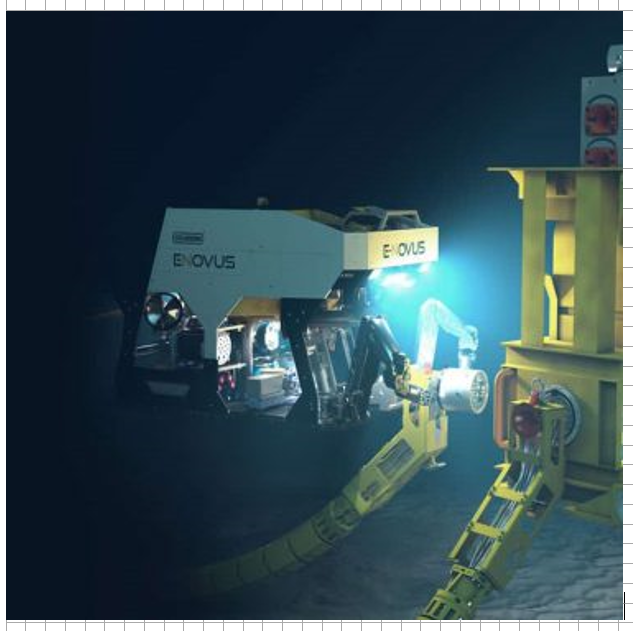 Recently, I had an opportunity to see a fascinating presentation entitled “The Deep Blue Sea,” by Carl Wirsen from the Woods Hole Oceanographic Institute (WHOI).  In his presentation, Mr. Wirsen discussed how little we know about the deepest portions of our earth’s oceans.  Over the years, the WHOI has been working in conjunction with the US government and a variety of other educational institutions to explore and fill in some of those knowledge gaps with the help of a variety of underwater vehicles: manned, remotely operated, and autonomous.  Based on a review of previous ARC research, I already knew that upstream and midstream oil & gas companies make good use of unmanned aerial vehicles (UAVs) or “drones” onshore to support their geological surveys and monitor remote wellsites and pipelines.  However, just a little subsequent research revealed that remotely operated vehicles (ROVs) and - increasingly - autonomous underwater vehicles (AUVs) are being used offshore to support subsea exploration & production; inspect, maintain, and repair subsea assets; and help mitigate associated environmental disasters.

A case in point is the tragic and fatal 2010 Deepwater Horizon blowout and oil spill in the Gulf of Mexico that killed 11 workers and injured 17 others, lasted for 87 very long days, and spilled 4.9-million barrels of oil into the ecologically fragile Gulf before the wellhead located on the seabed at a depth of 5,100 feet (1,600 meters) was successfully capped and contained.  A veritable “armada” of approximately two-dozen large, work-class underwater ROVs assembled and operated by subsea engineering company, Oceaneering, was used in this capping process. Without these “underwater drones,” it’s likely that it would have taken far longer, spilled much more oil, and put many more humans at risk.  According to Oceaneering, while scuba divers can't venture below 1,000 feet, the robots can operate in waters more than 10,000 feet deep.

According to a July 10, 2010 article in the New Orleans Times-Picayune newspaper, “Working around the clock in mile-deep waters, about two dozen submersible robots have connected pipes, turned valves and installed capping systems on BP's leaking well - all while beaming back high-definition video seen in living rooms across the country.”

Here’s a link to a BP video that, among other things, shows how underwater ROVs were used to help cap the subsea well to finally stop the oil spill.

From ROVs to UAVs

According to a report on LiveScience.com, among the lessons learned from the recovery efforts following the Deepwater Horizon disaster in the Gulf, making ROVs more autonomous, even while they remain tethered by an umbilical cable to a control ship on the surface, can provide critical advantages. Advanced ROVs already use pressure gauges, compasses and doppler sonar to keep themselves oriented.  However, automating ROVs further could help to refine their awareness of what surrounds them.  This might have been useful while navigating cables and moving gear in the Gulf.

As explained in that LiveScience.com report, “Today, remotely operated underwater vehicles (ROVs) are invaluable in inspecting subsea structures and sending real-time videos and environmental data to human operators who supervise the task at hand. But those vehicles are connected by a data and power tether – a heavy cable that can be miles long and can easily get tangled and damage subsea structures.”

An article in the Spring 2011 issue of Energy Futures, the magazine of the MIT Energy Initiative, discussed the next step in autonomous underwater drones: tether-less AUVs.  “About 20 years ago, researchers at the MIT Sea Grant College Program started working on a solution: a small underwater vehicle that could do all those tasks without tethers, cables, or direct human intervention. Since then, MIT Sea Grant – as well as researchers in other MIT programs and at other universities – has developed so-called autonomous underwater vehicles (AUVs), which now work alongside the ROVs. Without the tether, the AUVs can be lighter, smaller, more maneuverable, and far less expensive than their tethered counterparts. But with no cable to transmit signals, communication with a human operator is difficult – and today’s AUVs aren’t quite ready to do the necessary tasks without instruction. As a result, they are generally limited to collecting data and delivering it to the surface.

“MIT teams are now working to make AUVs that can perform more complex functions, thereby combining the attractive features of the tethered and the untethered vehicles. Already they have developed an AUV that can cruise efficiently in the deep ocean and then stop to hover near a site of interest or concern. Other research activities focus on extending the vehicle’s capabilities. If all goes as planned, future AUVs will wirelessly send videos of what they’re seeing to onshore operators. They will navigate with no human guidance, simultaneously making a map of their surroundings and pinpointing their own locations on the map. They will monitor nearby ocean currents and eddies and respond with maneuvers that keep their travels efficient and precise. And they will anchor firmly onto pipes or other surfaces while they turn a valve or repair a leak.”

As any swimming pool owner who has ever tried to perform an underwater repair knows all too well, a solid anchoring point while working under water is a major constraint to making that repair.  Obviously, whether via humans, ROVs, or AUVs, this is amplified many times over when working on an oil rig deep beneath the ocean’s surface.   If an underwater robot is to open a valve, repair a damaged pipe, or – in the case of Deepwater Horizon – finally succeed in clamping the shears on a blowout preventer,  it needs to anchor itself to a solid surface so it can apply force to carry out its task without pushing itself away. It then needs to detach and move on to its next assignment.  To this end, a group of MIT researchers has designed a “controllable adhesion system” for underwater robots that offers the needed features: a high coil (magnetic) holding force on various geometries, materials, and textures. Low energy consumption, chemical resistance to seawater, and low maintenance were additional requirements.

As the search for fossil fuels moves into deeper and deeper water, the upstream oil & gas industry faces increasing costs, safety and environmental regulations, and human resource constraints.  Much of the infrastructure for well operations has moved to the seafloor.  As a result, new technologies such as ROVs and AUVs will play an increasingly important role for inspecting, servicing, and repairing underwater equipment.  We’re also likely to see increasing use of these underwater drones for deep sea exploration efforts.

ARC has done extensive research into both advanced technologies for oil & gas industry and drones for industry in the past and will continue to do so in the future.  Sessions at the upcoming ARC Industry Forum in Orlando, Florida, Feb. 4-7, 2019 will focus on these and related areas.