According to Investopedia, nationalization refers to a government taking control of a company or industry, generally without compensation to the company.  Nationalization usually carries a negative connotation particularly when developing nations overtake the assets of a foreign company.  It can also take the form of capital infusion, such as the US did in 2009 with General Motors and others.  It could also mean commandeering domestic production of needed products for domestic consumption.  However, like the virus, the situation remains fluid as countries formulate their crisis response.

As of this writing, Bruno Le Maire, finance minister of France, indicated that the country will use all means available to protect big French companies, including nationalization if necessary.  Other measures could include recapitalization, government taking a stake in the company, such as the US did with GM in 2009, and government loans to companies to reduce bank exposure.  Other countries are taking steps to try to secure financial markets and assist those industries and workers directly impacted by mandated virus mitigation strategies.

What Could Be Nationalized?

According to media reports, toilet paper, hand sanitizer, and cleaning products are flying off the shelves as consumers prepare to isolate.  While manufacturers of such products struggle to both keep their workers safe while maintaining, or even increasing production, to keep pace with demand, it is doubtful that producers of such products will be nationalized.  Although not mandated, luxury goods conglomerate LVMH announced it would convert its perfume and cosmetic production to hand sanitizer that it would donate to the French government.  New York state governor Cuomo is having inmates in state prisons producing hand sanitizer.  Along those lines, here are thoughts on what is being discussed behind the scenes:

Personal protective equipment (PPE) is in short supply.  There are reports of states requesting dentists and veterinarians to reschedule elective procedures and donate whatever masks, gloves, and gowns that can be spared to hospitals.  Vice President Pence announced on Tuesday that the US has asked the construction industry to halt ongoing projects and donate N-95 respirator masks used there to do just that.  Certainly, manufacturers of fit-for-purpose medical-grade PPE are being pressured to step up production.  If shortages occur, the food & beverage and semiconductor manufacturers could be called upon to donate stocks of PPE for same.  Pharmaceutical is less likely to be impacted as these facilities ramp up production of test kits, treatments, and vaccines.  Although medical professionals have legitimate concerns regarding the use of substitutes, there may come a time when industrial grade might be considered good enough. 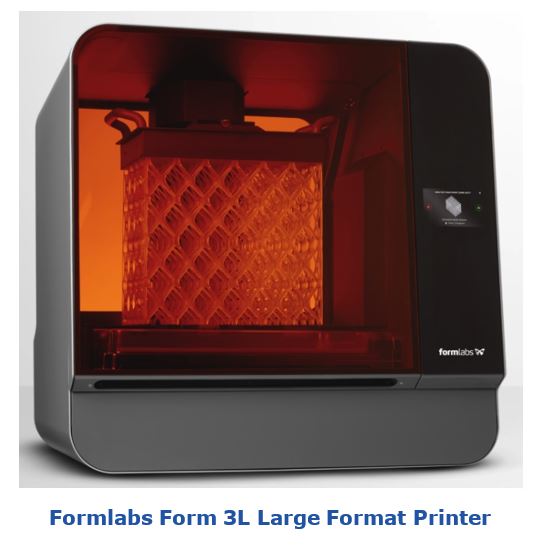 This emerging technology could have a moment.  When a hospital in Italy ran out of respirator valves, local manufacturers stepped in with 3-D printed replacements.  Almost certainly these valves are proprietary, based on manufacturer, but as this example illustrates, it could help to keep existing equipment functioning in the full court press in the fight against the virus.

US airwaves are filled with adverts for bedding furniture.  With adjustable beds now common, will these manufacturers be pressed into making hospital beds that could also be in short supply?  Will these manufacturers be asked to donate existing supplies for use in wartime mash-type hospitals that could be constructed?  This may be far-fetched, bit in my experience, if this analyst thought of it, someone else did too.

Or will they be asked to reallocate raw materials for PPE production?  Do actions need to reach deeper into the supply chain to ensure the appropriate supply of raw materials?  Like the one above, if this analyst thought of it…

Agile and flexible manufacturing requires digital technologies to provide the speed to quickly respond to changing market demands and the data upon which to make those decisions, in a crisis or normal circumstances.  It also requires deep integration of disparate systems up and down the value chain, particularly in the case of COVID-19, when untold lives may be at stake.  Ready access to accurate information regarding products shipped and where, could also help recall those products for repurposing as needed.

Honeywell is one such manufacturer.  On 16 March, US Director of Trade and Manufacturing Policy, Peter Navarro, announced Honeywell informed him the company could start producing much needed masks within a month with expedited regulatory approval.  Assuring expeditious action, Honeywell Safety Products is reportedly proceeding with preparation for mask production at its Smithfield, Rhode Island facility as of this writing.  The company also reported it has already increased and expanded N-95 face mask production in multiple facilities.  No doubt there are many manufacturers following Honeywell’s example, albeit not publicly.  This example is local to me and widely publicized.

In the UK, more than 60 manufacturers responded to a plea by Prime Minister Boris Johnson to help produce 20,000 ventilators in two weeks.  Plans include machine assembly, design assistance, and 3-D printing of parts to enable ventilator manufacturers to produce more machines.  Vauxhall is among those enlisting in the cause and will help with 3-D printing and assembly assistance as auto plants are shut down and printers inactive.  With other manufacturers assisting medical device manufacturers, the UK is optimistic it can produce the number of medical devices it will need to treat the sick.  In this case, the digital twin is a perfect vehicle to share this type of information among suppliers.

More such examples will no doubt emerge over the coming days as nations around the world assume a war-like response to the virus.  Public/private partnerships will be what gets us all through this crisis, and hopefully, we will all be stronger on the other end.

Postscript: President Trump just announced enactment of the Defense Production Act that could authorize the above measures.

Postpostscript: The Federal Government has asked National Association of Manufacturers (NAM) to mobilize its members to assist in this time of need.  If you are able to assist with the production of critical supplies, they’d like to know that.  Please complete this brief survey about your production ability. Due to the urgency of the request for information, they are attempting to receive responses ASAP.