ARC has been predicting for some time that software containers and container orchestration are the future direction for industrial systems, including today’s industrial embedded systems.  For details see the 2018 ARC report “The End of Industrial Automation (as we know it)”.   But since these software technologies have been developed for the cloud, it’s not 100 percent clear how they need to adapt for the much different characteristics of the industrial edge.  In a nutshell, industrial edge characteristics include heterogeneous hardware, legacy systems, very limited compute/storage capability, real-time applications, very long lifecycles, and production criticality.

Two recent announcements indicate to me that ARC’s 2018 prediction is correct, and both give us hints about what future industrial and IIoT software systems will look like.

The second announcement was of the initial release of the open source Akraino Edge software.  It came a week earlier from The Linux Foundation’s LF Edge project.  LF Edge is project to “create an open source software stack that supports high-availability cloud services optimized for edge computing systems and applications”. LF Edge is managing and integrating the Akraino project, the EdgeX industrial edge software, and a nifty new edge virtualization project (dubbed Project EVE for “edge Virtualization Engine”) seeded with software from Zededa. 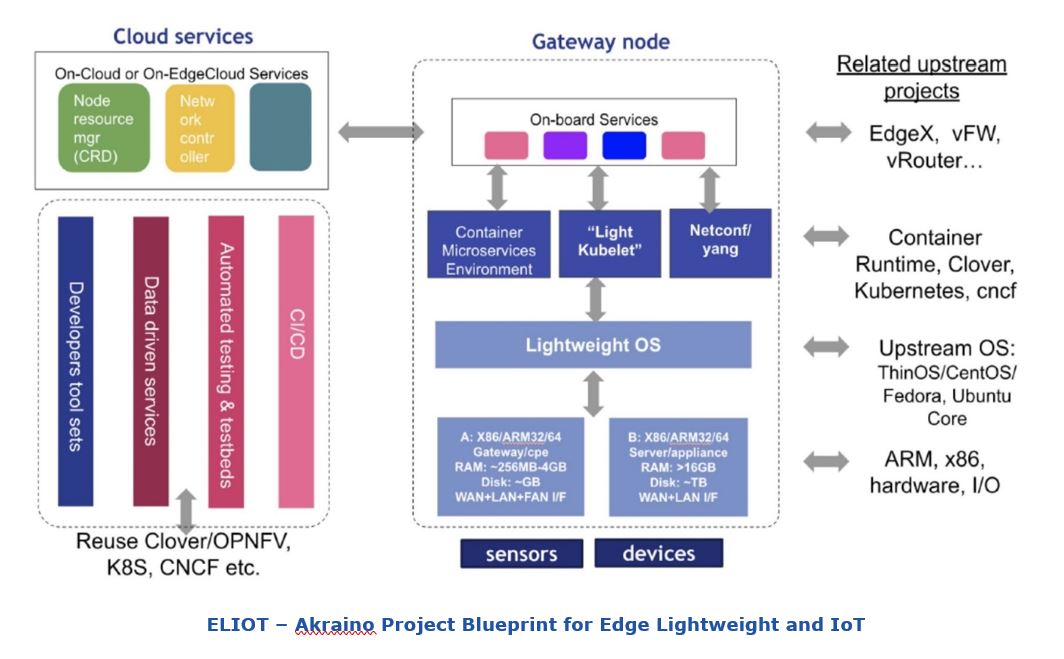 Akraino software originated in AT&T, and the project is focused on the telecom edge.  However, the initial release included a set of 11 pre-tested “Blueprints” that enable developers to extract code specifically chosen to address a specific use-case.  These use cases include IoT gateways and other edge nodes with limited compute/storage capacity.  The important things here (IMHO) are that Akraino represents not only an orchestrated containerized execution environment for the edge, but also full edge/cloud integration, all in a single package that is gaining traction in the massive telecommunication industry.

Thinking about these new capabilities and how they might be used, it seems to me that in the longer term, today’s sharp border between embedded systems and edge computing will become much blurrier.  Indeed, today’s real-time embedded applications may eventually become a special case within a broader set of edge applications that are containerized and orchestrated very much the way cloud apps are deployed today.