The World Cup is just about upon us, which is an odd thing to be saying in November. Setting aside some of the issues related to this specific one, I’m excited as I am every four years, whether it is the women’s or men’s 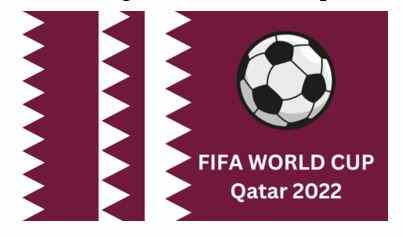 cup (Don’t go to a biennial cup, FIFA. Don’t do it.). It is the world’s biggest sporting event that highlights the globe’s most popular sport. What is remarkable about this year’s tournament, and sports in general lately, are the learnings that can be applied to industrial companies working through energy transition and sustainability challenges. I’m not suggesting a one-to-one comparison between sports and industry, but there are some parallels that industrial companies could benefit from observing.

I’ve been a big soccer fan (if you insist I call it football, get over yourself) for many decades now. As I retired from about 15 years of rugby back in the day, I needed sports to follow in my newly found down time. Sure, I had and will continue to follow American sports to varying degrees, but I had become hooked on flowing games versus the stop-start nature of most U.S. sports. Regularly following international and overseas rugby was a challenge. So, I tuned into soccer, which was much more readily available on television and in person. Within a couple of years of following the game, I was utterly hooked.

With that backstory in mind, let’s get back to energy transition and industrial sustainability and their intersection with the World Cup. First, let me begin by crediting Dan Falkenheim and Alex Prewitt for their most interesting article on the greenwashing in sports. Fascinating read, and a springboard for my thoughts.

In their article, they point out the complete disconnect between obvious reality and the desire by organizing bodies in sports to connect their brand, many times via greenwashing, to carbon neutrality and other sustainability-positive claims. In this example, the tournament location, required infrastructure development, and very scope 3-heavy nature of the event, make the since retracted claim of a “plastic- and carbon-neutral” seem, well, kind of silly to make to being with.

If you create new plastic, you are still adding to the problem, no matter what you remove from rivers and oceans. And although Qatar continues to still claim carbon neutrality, its pathway to that statement is, pun fully intended, awash in greenwashing. Read the article to get the detail of that decisions as well as the broader sports examples highlighted.

How to apply lessons learned to industrial sustainability efforts

So, let’s turn it toward industry. As pointed out by the authors, the approach by the Qatari organizing body isn’t unique. In fact, it’s very common in corporations, not just across sports but in all market sectors, particularly those with high emissions. As we see examples more quickly uncovered, greenwashing simply isn’t worth it, nor is it the right thing to do.

Taking a lessons-learned approach from the article, how can industrial companies think through their sustainability strategies and the inevitability of the long journey they demand? A good deal of it has to do with acknowledging that it’s not a straight path yet committing to and proving you are walking it:

Sustainability is evolving, so don’t let perfect be the enemy of good.  By the very nature of the problems it tackles, sustainability is reliant upon iterative improvement. What is good today will seem primitive tomorrow. There have been and will continue to be scientific and technological breakthroughs. Regulations will shift in unforeseeable ways. Transparency will broaden, affecting the data, people, and processes involved in ensuring improved sustainability performance. Even if primitive, 1) measure your footprint; 2) publicly commit to a target and outline how it will be achieved; 3) organize and take action; 4) use an accepted reporting standard, communicate externally, and welcome feedback.