Automation supplier revenues slipped by 3.5 percent in Q1 2020 due, in part, to the effects of the COVID-19 pandemic, which took root in many countries in February and March.  In Q2, revenues dropped by over 12 percent, with process-centric suppliers seeing a 12.3 percent decline and discrete suppliers posting a 12.7 percent drop overall.  Depressed oil prices also played a role in revenue declines.  Many suppliers also re-ported a drop off in order activity during the first half of the year, auguring poorly for the rest of 2020.

With this latest automation supply side-market update, ARC has increased the number and breadth of automation suppliers covered, based on a combination of publicly reported data and ARC’s own extensive research database.  We’ve also added selected business intelligence visualizations.  Readers should contact their ARC client managers if they’d like to gain additional access to this market intelligence as it applies to both regional and sector-specific supply side automation market trends.

In this Insight, ARC Advisory Group includes the most recent quarterly results for major automation suppliers that publicly report their results.  To convert the revenues of non-US suppliers to US dollars, we average exchange rates for foreign currencies used for the entire second quarter of 2020.  The euro declined 2 percent relative to the dollar from Q2 2019, while the yen appreciated by 2 percent over the same period. 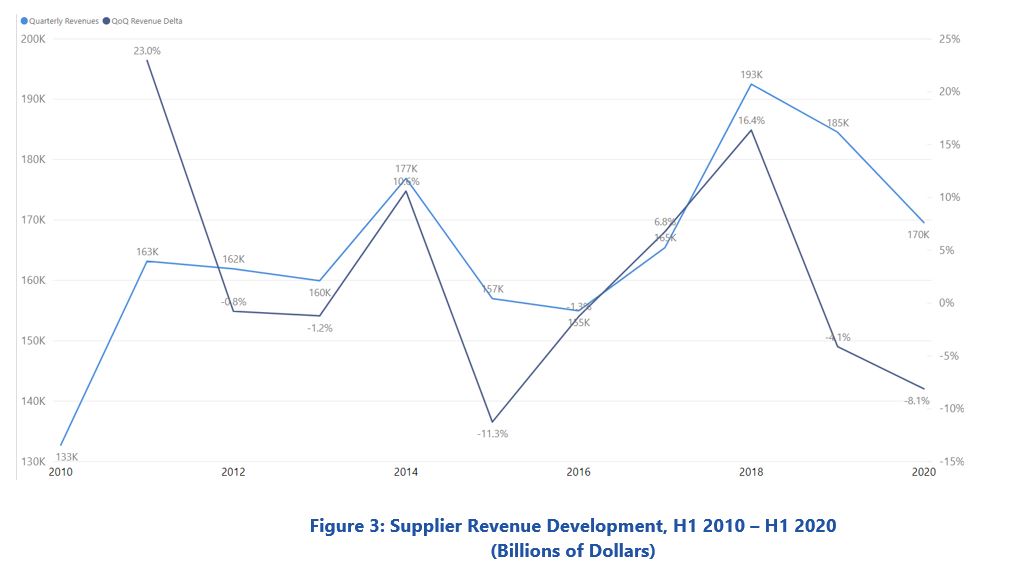