On September 12, the International Automobile Exhibition (Internationale Automobilausstellung - IAA 2019) trade fair for mobility, transport and logistics opens its doors in Frankfurt, Germany.  Not long ago, the IAA was the leading trade fair for the whole automobile world.  This year, the time-honored fair is not only marked by a crisis-ridden sector but looks more 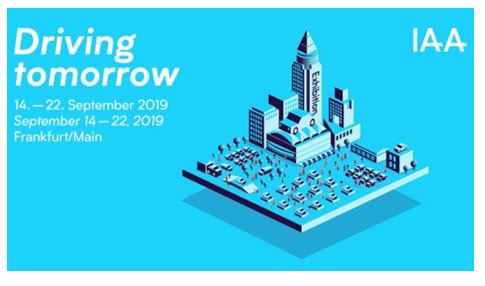 like a national German show.   Why?  Many manufacturers are not exhibiting.  For example, Hyundai and Honda are the only "big" Asian brands at this year's fair.  Just like Peugeot, Mazda, Volvo and Toyota, many exhibitors have turned their back on the traditional automotive show.  But even more serious: The whole automotive industry is in the middle of a severe crisis.

The year 2019 has so far been marked by bad news for automotive industry.  Daimler slips into the red, and Ford suffers a slump in profits.  Job cuts at suppliers, such as Bosch, while Continental is even considering closing entire plants, and the Tesla share has been facing hard times.  The supplier industry in particular is suffering and is in a downturn.  The declining sales in China, the world's largest automotive market, has hit companies hard, and other markets are also weakening.  At the same time, companies have to invest huge sums in future technology.  In the first half of 2019, car production fell by five percent year-over-year to 46 million units (48.4 million units in 2018).  Global demand in the automotive market is weakening.  The manufacturers' balance sheets show correspondingly weak figures.  The profits of the 16 largest automobile groups fell significantly.  Only four companies sold more new cars than a year ago: Mitsubishi, Honda, Toyota, and BMW.

2018 was a turning point for the Chinese automotive market and the Chinese industry; after continuous growth in the last 28 years, the market began to shrink for the first time in the middle of last year, resulting in a decrease of 5.8% for 2018 as a whole.  And this situation continued in 2019.  The market contracted by another 13% in the first half of 2019.  As a result of the strong decline in sales, the most important automobile manufacturers significantly reduced their investments, which also had a negative impact on the automation market.

But not only the Chinese automobile market is struggling. The global automotive industry is experiencing a sales and profit crisis, due mainly to the current economic situation.  These and other negative headlines in recent weeks have dampened the anticipation of the IAA.  There is no shortage of topics.  The trade and currency dispute between the superpowers USA and China are just as much of a problem for the industry as the worries concerning the unsolved issues around the impending Brexit.

On the other hand, the global e-car market is booming.  According to data from the Center Automotive Management 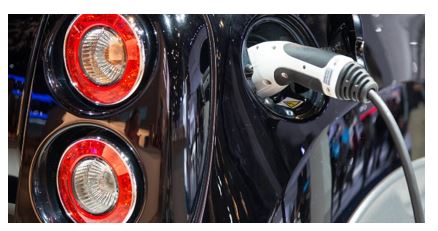 (CAM), over 600,000 electric and plug-in hybrids were registered in the first half of 2019, 52 percent more than in the same period last year.  The second-largest e-automotive market in the first six months was the USA with almost 150,000 new registrations and growth of 20 percent.  Third place went to Germany, where 41 percent more e-cars were registered than in the same period a year ago, taking the third spot from Norway.  According to a joint study recently conducted by the Fraunhofer Institute and Ludwig-Bölkow-Systemtechnik, German politics and industry should: "…instead of focusing too much on electromobility, they should press ahead with the expansion of the hydrogen infrastructure at the same time.  This is a major way of saving money in the mobility transition (Verkehrswende): infrastructure costs could be reduced by up to six billion euros if the approximately 40 million zero-emission cars, planned for 2050, were to be powered half by batteries and half by fuel cells.”

At ARC, we are also of the opinion that diversification in drive technology is important and the right way to go.  As the old saying goes: Don’t put all your eggs in one basket.  Just like in automation technology, “there is a suitable ‘tool’ for every specific task and not a single ‘holy grail’", says ARC’s Fabian Wanke.