Looking into the Digital Future of Offshore Oil and Gas Technology

For years, offshore oil and gas technology meant developing, designing and building custom-made rigs and platforms, but today, oil and gas companies are taking a vastly different approach, focusing relentlessly on increasing efficiency and lowering the costs of offshore exploration and production.  There’s tremendous room for growth in offshore oil and gas with a focus requiring offshore technology to simultaneously become simpler, automated, and more sophisticated.  Total greenfield project sanctioning around the globe accounts for less than 35 percent of estimated volumes of offshore projects ever being sanctioned.  Likewise, the brownfield market has only begun, with total historical expenditures accounting for less than about 15 percent of estimated brownfield spend over the projects’ lifetime, leaving 85 percent of brownfield spending to the future.  And, the decommissioning market is still in its nascent form.

The increasing offshore activity is a function not only of rising oil prices, but also efforts to lower costs through digital technologies, automation, standardized designs and smarter planning.  Companies are bringing in projects at half, or even less, of initial estimates by adopting digital technologies that ensure all the important data - from employee shifts to detailed drilling and well results that are available in the same place, so operators and contractors can access the information in real time from anywhere.  E&P companies are focusing on keeping costs down through an offshore development’s entire life cycle, from the early design and engineering to a rig’s eventual retirement decades later. 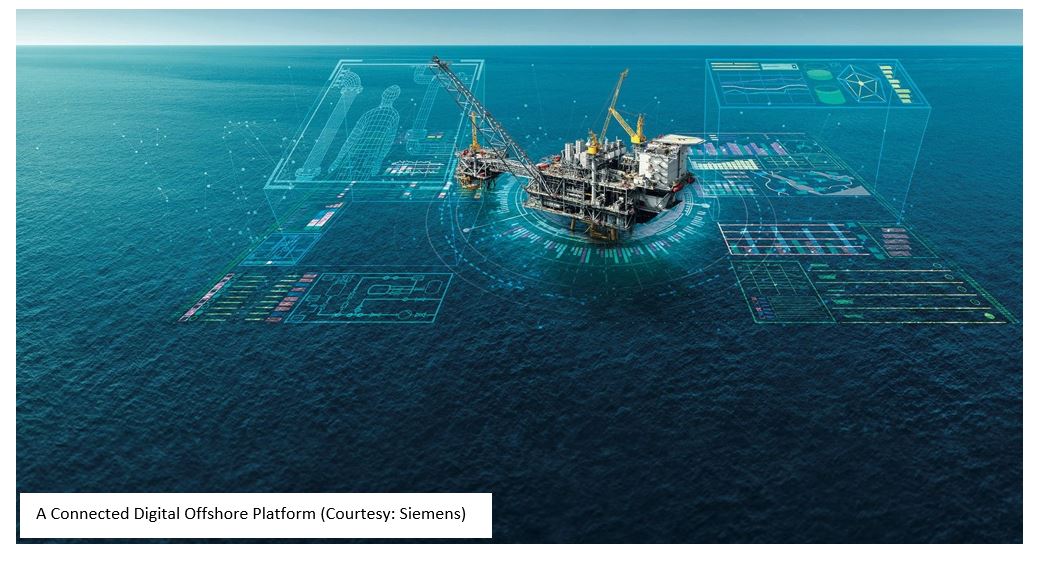 It is estimated that around 700 billion undiscovered barrels of oil and gas equivalents exist globally, hinting that exploration will still be in business in the next 50 years.  However, it’s expected offshore exploration to continue to weaken in long term as more potential brownfield projects will live longer amidst the advanced technology and digital culture.  Exploration will likely be forced into deeper and more remote waters, which could be too expensive to develop given the availability of other competitive sources of supply.

Greenfield projects are new developments of new oil and gas fields.  Historically, sanctioned greenfield projects have racked up total investments of about $3,700 billion in real dollars worldwide.  In total, greenfield sanctioning has likely only achieved 40 percent of its potential with reference to total global reserves.

The most immature market in the upstream oil and gas market is decommissioning.  It is estimated that only 3 percent of necessary decommissioning expenditures has already been spent, which entails the cost of removing, plugging and abandoning existing and to be developed oil fields.

The maintenance and operations service segment are naturally the market with the most volume of work ahead, with more than 60 percent of the estimated market to be spent in the future.  Well Services and Commodities, Drilling Contractors, EPCI, and Subsea are equally large markets that are expected to make significant contributions to the service sector in the next 50 years.

The ‘Internet of Things’ (IoT) is driving the rapid pace of digital adoption across multiple industries.  The oil and gas industry is beginning a transformation of its own, increasingly looking toward data-driven solutions to boost performance, enhance efficiency and ultimately, to reduce costs.  Despite oil price downturns, the shale revolution and OPEC market share wars, offshore continues to thrive and has much to offer the future.  The sophisticated sensor-equipped digital twin might in future be the root for oil and gas operators, allowing them to interact with their own assets virtually and in real time, and giving round-the-clock visibility over assets.  Going beyond incremental operational improvements, the quickening pace of digitalization has allowed for the new cost-effective investments to be predicted well ahead, right from the beginning.

ARC welcomes the opportunity to speak with technology suppliers and users alike about your activities, thoughts, perspectives and questions on this exciting area.  For further discussion or to provide feedback on this, please contact the author Jyoti Prakash at jprakash@arcweb.com.